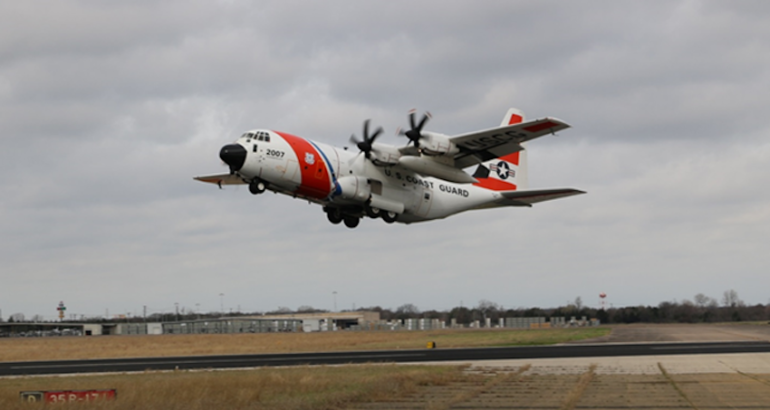 The US Coast Guard transferred another upgraded HC-144B Ocean Sentry aircraft and its ninth HC-130J Super Hercules surveillance aircraft outfitted with the Minotaur Mission System into its fleet, the service said on March 13, 2019.

The newly-inducted HC-144B Ocean Sentry was outfitted with both the Ocean Sentry Refresh (OSR) modifications and the Minotaur mission system. Modifications on CGNR 2317 were completed at the Aviation Logistics Center in Elizabeth City, North Carolina.

The OSR project upgrades the aircraft with a new flight management system, which manages communication control, navigation and equipment monitoring. Upon completion of the OSR upgrades, each aircraft is redesignated as an HC-144B.

All four upgraded aircraft have been delivered to the Aviation Training Center in Mobile, Alabama, where three are currently stationed. A fourth HC-144B Ocean Sentry, CGNR 2301, was transferred to Air Station Corpus Christi, Texas, Feb. 20, and replaced one of three HC-144As stationed there. That aircraft was outfitted with OSR and Minotaur in 2018.

Missionization and upgrade of a fifth HC-144 is scheduled for completion by the end of April; the Coast Guard plans to upgrade each of the service’s 18 HC-144s prior to 2022.

The USCG HC-130J (CGNR 2007) was outfitted with Minotaur software as well as Coast Guard-specific integrated radar, sensors and communication systems in a process called missionization, after which the aircraft was redesignated an HC-130J.

The Coast Guard currently has 15 HC-130J aircraft in operational use or in active production. In addition to continuing Minotaur missionization efforts on new aircraft, the service plans to complete a future block upgrade for all its HC-130J aircraft.

Coast Guard HC-130Js are the US Department of Homeland Security’s (DHS) largest airlift asset, providing critical support to DHS partners in addition to carrying out many Coast Guard missions, including search and rescue, drug and migrant interdiction, cargo and personnel transport, and maritime stewardship. The aircraft is capable of serving as an on-scene command and control platform or as a surveillance platform with the means to detect, classify and identify objects then share that information with operational forces.