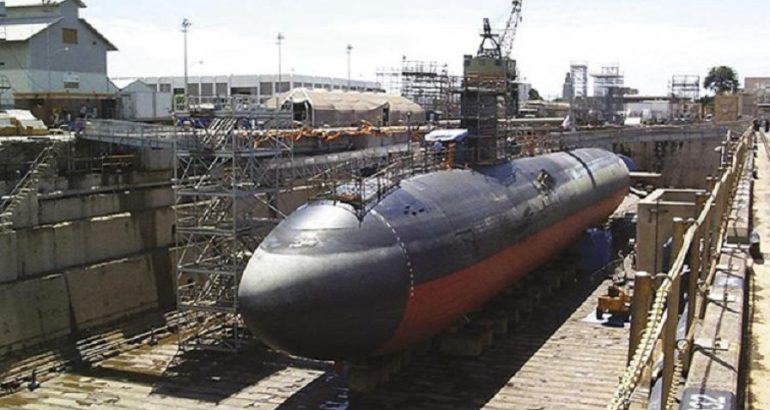 “It is great to see Victorian-based company AMOG Ventures joining forces with French company ECA GROUP to establish this new joint-venture, which we are delighted will be based here in Victoria. Advanced Magnetic Ranges Australia will leverage the cutting-edge capability of Victoria’s defence supply chain to bid for projects such as the Australian Defence Force’s SEA 1350 Magnetic Treatment Facility. This is a great collaborative model that will help set them apart from competitors as they bid for future domestic and global maritime projects.”

AMRA will bid for the RAN’s forthcoming Project SEA 1350, to develop a new Magnetic Treatment facility for the Navy. This will see Australia’s existing and new submarines and surface ships undergo a vital pre-deployment process called deperming, which reduces or eliminates the magnetism of a steel hull and so aids its stealth, preventing it triggering magnetic mines or attracting certain types of torpedo. All warships and submarines must undergo this process periodically.

The traditional deperming process sees the entire body of a ship or submarine wrapped in a massive wire coil. Electricity is then passed through the coil to reduce the magnetic ‘signature’ of the vessel – a painstaking process that can take several days. The innovative AMRA approach uses wire coils laid down on the sea bed through which a specific current form is passed as the vessel moves over the coils. This ‘over-run’ process takes less than one day and therefore provides a significant operational advantage when compared to the traditional wrapping, which can take up to 10 days.

“Our innovative solution to the continuous challenge of deperming is based on a tried, tested, and approved method of demagnetizing ships and submarines. An important portfolio of military service expertise will be transferred from France to Australia. Today, ECA GROUP is a leading designer, manufacturer and operator of equipment for the submarine and sub-surface technology markets. Our proven and innovative ‘over-run’ solution can save the Commonwealth a great deal of time and money while keeping their military capacity, ships and crews safe. This know-how will become an Australian competency which could be exported to other countries.”

Project SEA 1350 is worth between $50 and $100 million dollars and will replace an existing deperming facility used by the RAN; if successful, AMRA would install the new deperming system at Fleet Base West. A key sub-contractor and Australia’s leading manufacturer of power quality and conversion solutions, THYCON, also based in Melbourne, will perform the electrical design and manufacturing. Wherever possible, Australian companies will be used in the design, construction and maintenance of the range.

AMOG, which has extensive experience in the offshore oil and gas industry, will carry out the underwater system design; ECA GROUP provides the design expertise and Intellectual Property, and AADI Defence will assist in customer relations.

In the Defence environment, stealth is paramount. Deperming systems reduce the risk of magnetic sensors detecting the steel hulls of both surface ships and submarines.

Deperming cancels magnetisation by passing an electric current through coils arranged around the hull to alter the magnetic signature of the vessel and helps protect vessels by acting as a form of camouflage from electro-magnetic detection, and as a precaution against magnetic mines.

The deperming system proposed by Advanced Magnetic Ranges Australia Pty Limited (AMRA) simplifies this laborious process significantly and reduces the time required from as much as ten days to about one day. It is an ‘over-run’ treatment range for submarines and surface ships with:

Ship trajectory over the underwater coils is determined with DGPS receivers and visualised with MapsDRS software modules. The over-run treatment range can be combined with the RAN’s existing multi-influence range that is designed to detect and measure a variety of other ‘signatures’: acoustic, magnetic, electric, and pressure. ECA Group manufactures deperming systems for the French Navy and is installing a similar over-run range for another South East Asian Navy.