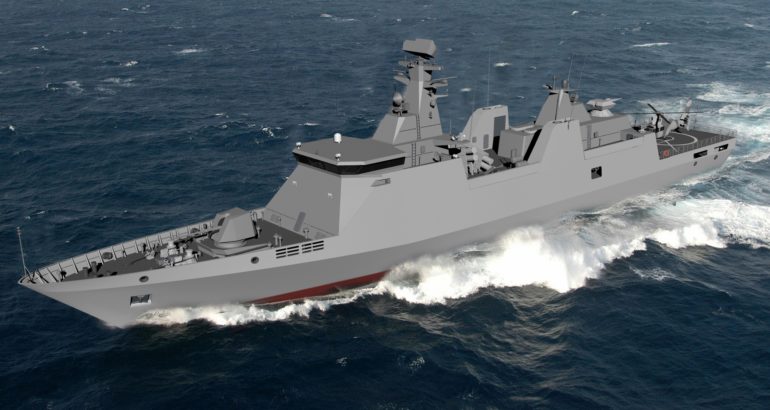 The Bulgarian Ministry of Defence informed that three companies decided to make a bid in the ongoing tender for new modular patrol vessels. The preferred bidder should be announced this summer.

This story was first published at MILMAG.eu

Among companies, which will take part in the verification and the selection process are: German Lürssen with its modified OPV 80/85/90 series vessel, Italian Fincantieri offering its Abu Dhabi class corvette and the local MTG Dolphin with a modified version of its K-90 multi-role corvette.

It is understood that a number of other European companies, including the French Naval Group, German ThyssenKrupp, Dutch Damen and Spanish Navantia, were invited to make a bid in the tender, however decided not to compete.

Other manufacturers, such as the Swedish Saab, had already confirmed in the past that they’re ready to participate in the production process, offering their modern, proven and renowned on-board equipment.

Selection of the preferred bidder is expected by June/July 2019. Shortly after contract negotiations should commence, with the final agreement reached by the end the year.

The Bulgarian Navy has a requirement for two modular, multi-role patrol vessels, which would be capable of performing various types of tasks, such as anti-submarine and anti-surface warfare, in fact making them more similar to a corvette class than typical offshore patrol vessels (OPV).

According to media reports, future Bulgarian OPVs/corvettes should be armed with 76mm naval guns, anti-ship and surface-to-air missiles, lightweight torpedos and close-in weapon systems for self-defence. They should also have a flight deck capable of accommodating a medium size naval helicopter.

This is the 2nd attempt to procure new Bulgarian patrol vessels/corvettes, after the first tender resulted in the selection of the MTG Dolphin as the preferred bidder. However, despite initial optimism, the manufacturer decided to leave the contract negotiations and withdraw its offer due to insufficient funding of the future deal.