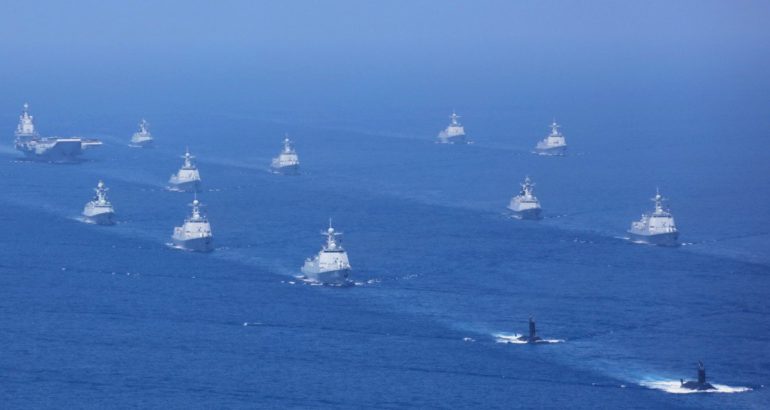 32 Chinese vessels and 39 military planes are set to participate in the naval parade tomorrow, April 23, to celebrate the 70th anniversary of the People's Liberation Army Navy (PLAN or Chinese Navy). Close to twenty foreign vessels will also take part in the fleet review.

Foreign vessels arrived in the coastal city of Qingdao, east China’s Shandong province, on April 21, 2019, to join a naval parade commemorating the 70th anniversary of the founding of the Chinese People’s Liberation Army (PLA) Navy.

Sixteen warships from countries including the Philippines, Japan, Vietnam, Australia, India, the Republic of Korea and Russia gathered in Qingdao for the PLA Navy celebration.

So far, navy delegations from over 60 countries announced their participation in the event, which will include high-level symposiums, joint military displays, thematic light shows, and other activities.