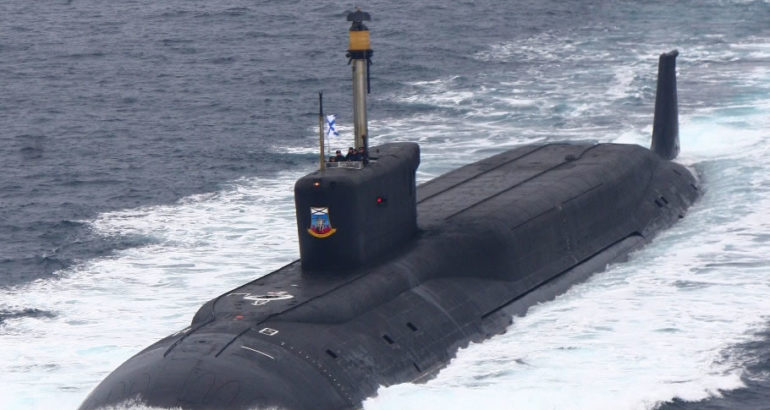 K-535 Yuriy Dolgorukiy is the first Borei-class ballistic missile submarine of the Project 955 in service with the Russian Navy.

The Russian MoD is considering the procurement of two "Borei-K" nulcear-powered cruise missile submarines (SSGN). The design would be based on the Borei-class ballistic missile submarine (SSBN).

As reported by the TASS news agency on April 20, 2019, the Russian Ministry of Defense is considering the possibility of building two nuclear submarines of the new ‘Borei-K’ class, which will become carriers of cruise missiles. This was reported by TASS on Saturday quoting a Russian defense industry source.

“The military is considering the procurement of two more Boreis, but with long-range cruise missiles instead of ballistic missiles. If the decision is made to go ahead and build them, these submarines will be known as the “Borei-K” class with delivery to the customer not before 2027,” said the source to TASS. The source did not detail the expected characteristics of the new submarines. TASS does not have an official confirmation of this information.

There are currently two types Borei-class submarines – The base/legacy project 955 and the improved 955А (known as Borei-A). Both are SSBN submarines designed to carry 16 Bulava SLBMs on board. The fleet consists of three Project 955 submarines – Yury Dolgoruky, Alexander Nevsky and Vladimir Monomakh; the first vessel of the improved Project 955A, the Prince Vladimir, is currently undergoing sea trials; four more Borei-A submarines are being built at Sevmash shipyard

The Russian Navy currently has two types of SSGNs to deploy large numbers of cruise missiles: the Project 949A Antey-class and the the projects 885 Yasen-class and its improved variant, the Project 885M Yasen-M-class. The fleet consists of six Antey-class (each is armed with 24 Granit cruise missiles), a single Project 885 Yasen-class, the Severodvinsk, currently in active service, and the first Project 885M Yasen-M-class, the Kazan conducting builder sea trials. Five more Yasen-M SSGNs are being built. They may deploy 32 P-800 Oniks or 40 3M-54 Kalibr cruise missiles.

The only other SSGN operator in the world, the U.S. Navy operates four Ohio-class SSBNs, Ohio, Michigan, Florida, and Georgia, which were converted into cruise missile carriers. They are capable of deploying up to 154 Tomahawk cruise missiles.