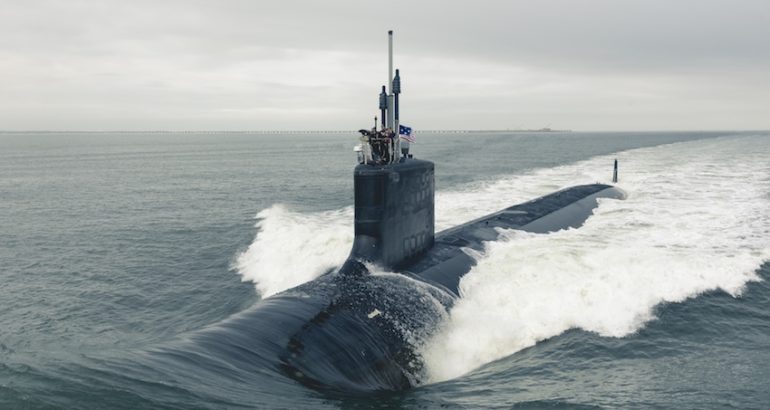 The award provides new funding to an existing contract for long-lead-time material to support construction of Block V submarines. The current contract brings the overall contract value to $1.04 billion.

“We are pleased to have received additional advanced procurement funds, which allows us to continue procuring long-lead-time materials and is important to our submarine industrial base of more than 5,000 companies across 48 states. The start of early manufactured material is already underway for Block V submarines, which will include enhanced technology for today’s warfighters.”

Newport News is teamed with General Dynamics Electric Boat on the Virginia class, a class of nuclear-powered fast attack submarines being built to replace the Los Angeles-class submarines as they are retired.

Virginia-class submarines incorporate dozens of new technologies and innovations that increase firepower, maneuverability and stealth and significantly enhance their warfighting capabilities. These submarines are capable of supporting multiple mission packages and can operate at submerged speeds of more than 25 knots for months at a time.

Block V will include submarines with the Virginia Payload Module (VPM), which comprises four additional large-diameter payload tubes in a new hull section inserted amidships. Extending the hull by 84 feet, the VPM will boost strike capacity by more than 230 percent per ship and enable distribution of strike assets, giving theater commanders greater discretion in staging payloads.