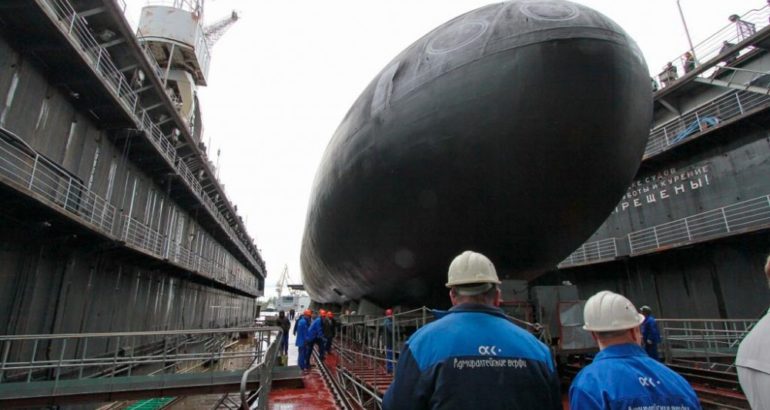 The “Petropavlovsk-Kamchatsky” (B-274) is the first of six submarines being built for the Pacific Fleet. The Deputy Commander-in-Chief of the Russian Navy, Vice Admiral Igor Mukhametshin, took part in the solemn event.

The first two boats, the Petropavlovsk-Kamchatsky (B-274) and the “Volkhov” (B-603) were laid down at Admiralty Shipyards on July 28, 2017. The company press release issued for the launch of Petropavlovsk-Kamchatsky states that this boat “in accordance with the terms of the contract will be handed over to the customer by the end of this year. Regarding the second ship in the series, today the process of joining the blocks into a single hull has begun. The construction of two more ships, “Magadan” and “Ufa”, is at the stage of building blocks and conducting hydraulic tests. ”

The fifth submarine will receive the name “Mozhaisk” while the name of the sixth boat has yet to be announced.

Admiralty Shipyards previously built six submarines of the same type for the Black Sea Fleet following contracts signed in 2010 and 2011. These submarines wer all commissioned in the Russian Navy between 2014 and 2016. The Project 636.3 “Improved Kilo” submarine is based on the Project 877 and 636 designs and was developed by Rubin Central Design Bureau for Marine Engineering in St Petersburg.