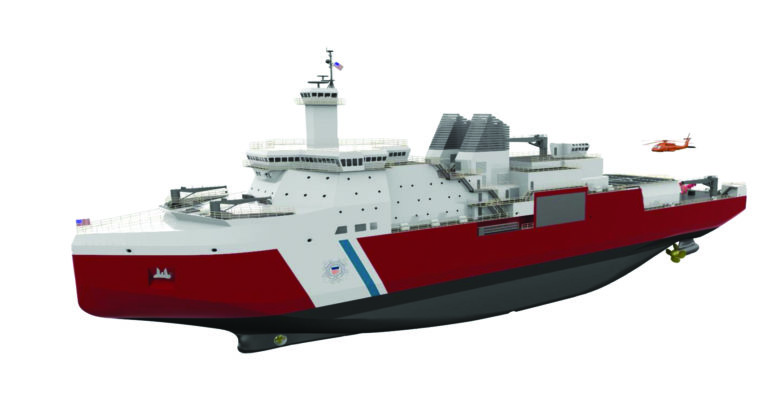 The U.S. Department of the Navy has awarded VT Halter Marine as the Prime Contractor for a US$745,940,860 (about S$1b) fixed-price incentive-firm contract for the detail design and construction of the U.S. Coast Guard (USCG) Polar Security Cutter (PSC). The PSC contract is a multi-year programme and a USCG major system acquisition to acquire up to three multimission PSCs to recapitalise the USCG fleet of heavy icebreakers.

This contract includes options which, if exercised, would bring the cumulative value of this contract to US$1,942,812,266 (S$2.6b). The first ship delivery is scheduled to occur in 2024. If the options are exercised, the second and third vessels are expected to be delivered in 2025 and 2027 respectively. The vessels are 460 feet in length with a beam of 88 feet overall, a full load displacement of about 33,000 long tons at delivery.

U.S. Coast Guard to hand over Protector-class boats to Uruguay

Naval News Staff 11 Feb 2022
The United State and Uruguay finalized an agreement for the transfer of three decommissioned Coast Guard patrol boats to the Uruguay Navy.