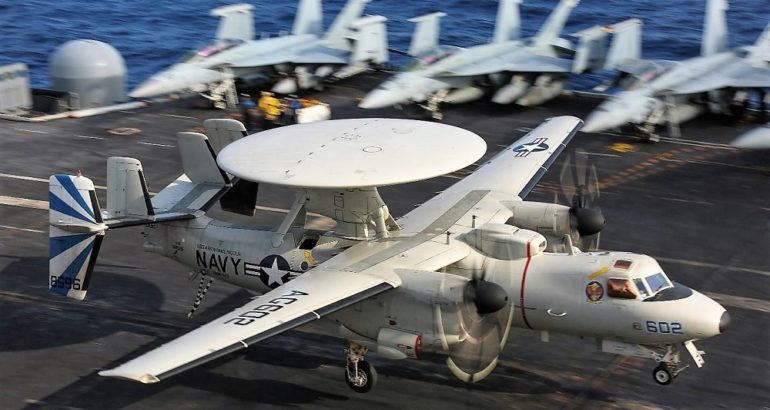 The U.S. Navy has awarded a multi-year procurement contract to Northrop Grumman Systems Corp. for the purchase of 24 E-2D Advanced Hawkeye aircraft in full rate production for fiscal years 2019-2023.

This is the second MYP contract awarded to NGSC. The Navy awarded the first in 2014 for the production of 25 E-2D AHE aircraft. Congress later increased the number to 26 aircraft

“This is a critical element in providing the next generation of world class command and control aircraft to the fleet. The use of the MYP contract allows a substantial savings over the use of single-year contracts and helps us fulfill our mission to increase U.S. Naval power at sea by providing our fleet the information they need to accurately plan and win the fight today and tomorrow.”

The savings for MYP II are projected to be $410.6 million (11 percent) over the five years of the contract. The first MYP contract saved $586.6 million, a 13.9 percent savings compared to the cost of five single-year procurement contracts.

Airborne early warning aircraft changed the nature of warfare, and the E-2D AHE is the next generation. It brings revolutionary capabilities to the carrier strike group, including the new and powerful AN/APY-9 radar, which is a two-generational leap in technology.