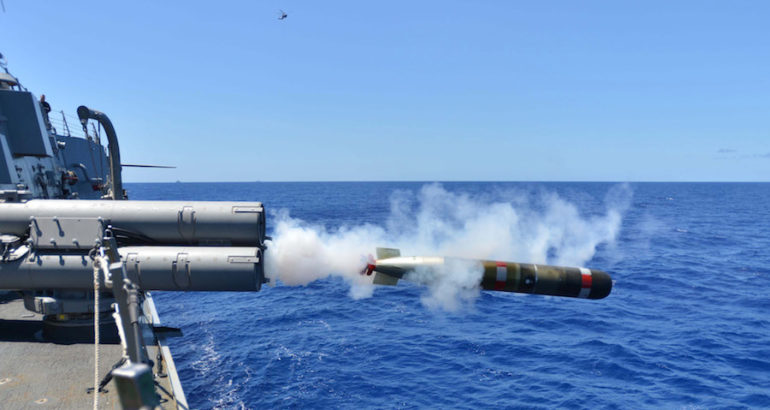 Canada is requesting a US$387 million order for 425 Mk 54 lightweight torpedoe conversion kits through the US Foreign Military Sales program, the Defense Security Cooperation Agency stated on May 17, 2019.

According to the DSCA, the Canadian Armed Forces intend to upgrade its current inventory of Mk 46 torpedoes to the Mk 54 model, which is designed to be easily upgraded from the existing Mk 46.

The Royal Canadian Navy plans to deploy the Mk 54 on the Halifax-class frigates and the CH-148 ASW/SAR Helicopters,  while the Royal Canadian Air Force will utilize the torpedo on its CP-140 Aurora Maritime Patrol Aircraft.

The proposed sale includes negotiation for « an offset agreement with Raytheon, in accordance with Canada’s Industrial and Technological Benefits (ITB) Policy, before signing the Letter of Offer and Acceptance (LOA), » the DSCA added.

Raytheon’s MK 54 lightweight torpedo is in full rate production since 2004. Besides Canada, current and future users include US Navy, the Royal Australian Navy and Mexican Navy.