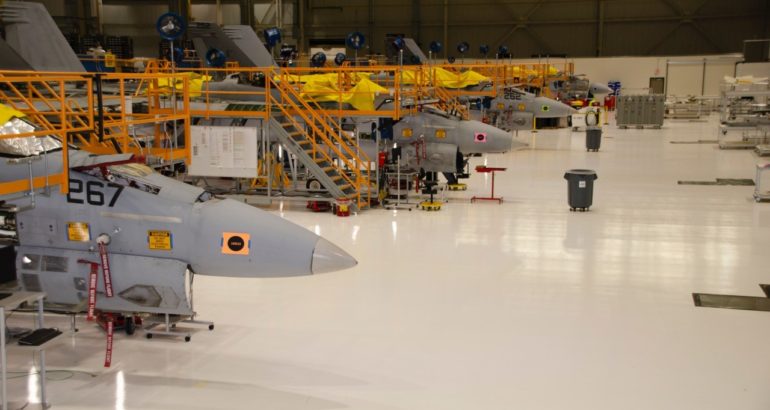 The F/A-18 Service Life Modification program has received its second contract to induct 12 jets. The program extends the life of existing Super Hornets from 6,000 to 10,000 flight hours. In 2023 the program will begin converting the jets into the new Block III configuration.

Boeing has received a one-year contract, which also includes a one-year option for 2020, to continue modernizing the U.S. Navy’s F/A-18 fleet under the Service Life Modification (SLM) program. The $164 million contract for FY19 funds the standup of a second SLM line in San Antonio, Texas, complementary to the line established last year in St. Louis.

“The Service Life Modification program is making great strides as we’ve already inducted seven Super Hornets into the program, and will deliver the first jet back to the Navy later this year, this program is crucial in helping the Navy with its readiness challenges, and will continue to grow each year with the number of jets we induct.”

The San Antonio SLM line is scheduled to receive its first Super Hornet in June, and a total of 23 Super Hornets over the course of this contract. The U.S. Navy fleet consists of more than 550 Super Hornets.

The SLM program extends the life of existing Super Hornets from 6,000 to 10,000 flight hours.

In the early 2020s, Boeing is scheduled to begin installing initial updates to the aircraft that will convert existing Block II Super Hornets to a new Block III configuration.

The Block III conversion will include enhanced network capability, longer range with conformal fuel tanks, an advanced cockpit system, signature improvements and an enhanced communication system. The updates are expected to keep the F/A-18 in active service for decades to come.