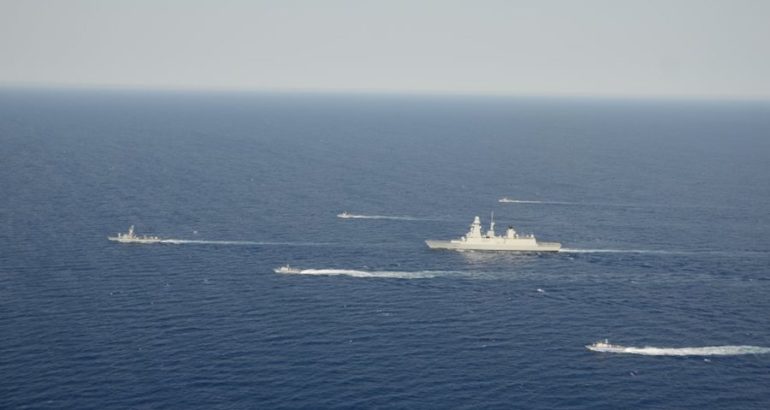 Cyprus plans to expand a navy base on the south shores to be able to host French navy vessels, Defense Minister Savvas Angelides said on Wednesday. "The expansion of the base at Mari is linked to the military cooperation agreement with France," Angelides told a press conference.

Earlier this month, Angelides signed a letter of intent with his French counterpart Florence Parly during a visit to Paris. The document provides for the use of the Evangelos Florakis naval base in Mari in southern coastal Cyprus by the French navy, a project on which Cyprus and France have been holding consultations since last year.

As part of Permanent Structured Cooperation (PESCO), the EU’s joint military investment and project development program, Cyprus has set the upgrading of its infrastructure as a priority, Angelides said.

“Our concern is to have this infrastructure that will be used by the Republic of Cyprus, used by the EU as part of this policy and at the end of the day to make it clear to everyone that Cyprus has a role to play in this region,” Angelides said.

Angelides said that on top of the ministry’s list of priorities is the reinforcement of bilateral relations and military cooperation with other states, which includes regional cooperation, improving relations with the USA and the EU, and search and rescue operations.

He also said his ministry aims to strengthen the National Guard’s operation capability, reform and reorganize the department and the army command and maximize utilization of available fiscal resources.