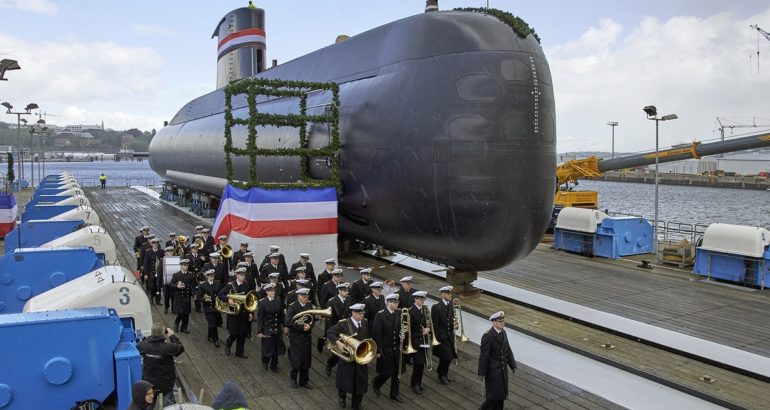 The third of four 209/1400mod class submarines for the Navy of the Arab Republic of Egypt was named and launched on May 3, 2019 at the shipyard of thyssenkrupp Marine Systems (TKMS) in Kiel.

As part of the ceremony, Vice Admiral Ahmed Khaled, Commander-in-Chief of the Egyptian Navy, officially named the boat “S43”. The boat will now be intensively tested.

“This significant milestone in the construction program for the Egyptian Navy is based on an open and trusting dialogue with our customer as well as the competence of our employees and suppliers. These are key factors on our successful way to become Europe’s most modern naval company.”

The contract for the delivery of the first two 209/1400mod class submarines to the Arab Republic of Egypt was signed in 2011. In 2015, Egypt decided to take the option for two additional units of the most recent version of the class 209 “family”: A compact submarine featuring reliability, high combat strength, long submerged range, high submerged speeds, low signatures and excellent handling characteristics.