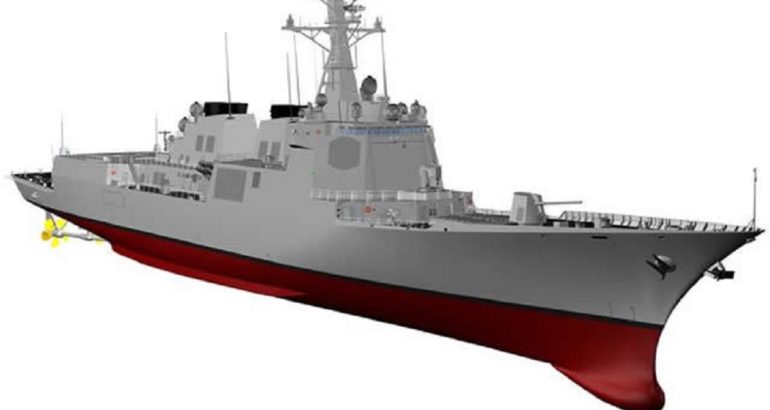 South Korea approved plans to construct the second batch of three destroyers, called KDX III Batch II, by 2028 with a budget of around 3.9 trillion won (US$3.3 billion), according to the Defense Acquisition Program Administration (DAPA).

Based on the existing Sejong the Great-class the new AEGIS destroyers will feature several improvements including anti-ballistic missile capability with Raytheon’s SM-3 interceptors.

According to Raytheon, SM-3 destroys incoming ballistic missile threats in space using nothing more than sheer impact, equivalent to a 10-ton truck traveling at 600 mph.
– SM-3 Block IB is deployed at sea and ashore
– SM-3 Block IIA is on track for deployment at sea and ashore in Poland in the 2018 timeframe

The SM-3 Block IB interceptor has an enhanced two-color infrared seeker and upgraded steering and propulsion capability that uses short bursts of precision propulsion to direct the missile toward incoming targets. It became operational in 2014, deploying for the first time on U.S. Navy ships worldwide. The next-generation SM-3 Block IIA interceptor is being developed in cooperation with Japan and will be deployable on land as well as at sea. It has two distinct new features: larger rocket motors that will allow it to defend broader areas from ballistic missile threats and a larger kinetic warhead. The interceptor’s kinetic warhead has been enhanced, improving the search, discrimination, acquisition and tracking functions, to address advanced and emerging threats. SM-3 Block IIA range is about 1350 nautical miles with a speed in excess of Mach 15 (for the kinetic warhead while in space), according to open sources.

The KDX-III Batch II will be fitted with SM-2 as well and, possibly, the new SM-6 “multi-mission missile” capable of long-range Fleet Air Defense, Sea-Based Terminal defense, and Anti-Surface Warfare.