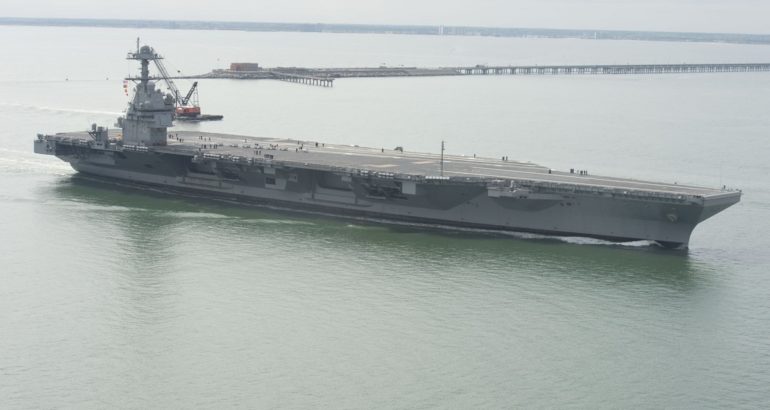 Raytheon and the U.S. Navy completed the final developmental test of the latest generation of the Ship Self Defense System, or SSDS, Integrated Combat System for the USS Gerald R. Ford (CVN 78) aircraft carrier.

The test was conducted off the coast of California from the Navy’s unmanned Self Defense Test Ship simulating a scenario CVN 78 may encounter once deployed.

“This successful dual-target test demonstrates the maturity of the Ship Self Defense System ICS and paves the way for operational testing to begin. SSDS is a critical capability that enables CVN 78 to defend herself and her crew against current and emerging threats.”

Proven and deployed, SSDS is an open, distributed combat management system in service on US carriers and amphibious ships, including CVN, LSD, LPD, LHA and LHD classes. SSDS MK 2 is the premier self-defense system for the U.S. Navy. SSDS is integrated withRaytheon’s Cooperative Engagement Capability for the seamless extraction and distribution of sensor-derived information. This furtherenhances each ship’s anti-air warfare capability through sharing of available data to all participating CEC units, improving situational awareness, increasing range, and enabling cooperative, multiple, or layered engagement strategies.