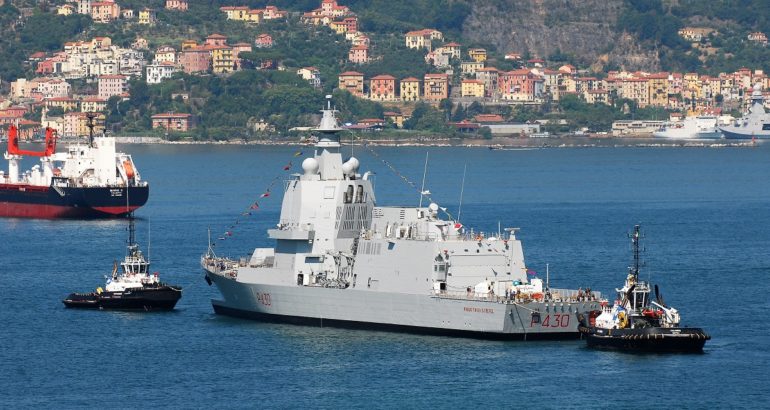 The roll out ceremony took place one month ago (June 15) while the vessel effectively hit the water earlier this month (July 4). The fitting will now carry on by Fincantieri, with an expected delivery in May 2021.

“A total of seven PPA ships will be built by Fincantieri by 2026, and GE has a contract to provide seven LM2500+G4 gas turbines. The LM2500+G4, with an ISO rating of 35.3 MW and United States Navy rating of 30.3 MW, has found success in the naval market thanks to its selection to power 20 French and Italian FREMM ships and the seven Italian PPA’s. There is interest in the U.S. and abroad in propulsion and generator set applications that rely on the LM2500+G4’s best-in-class power density that is improved with the use of GE’s new fully-shock-qualified, lightweight composite gas turbine module.”

The PPA patrol ship will serve multiple functions from patrol with sea rescue capacity to civil protection operations. It is 133 meters long and can carry 90 crew members with additional accommodations for up to 171 members. The ship’s flexible hybrid propulsion plant features small gearbox mounted-motors for low speed operations, two propulsion diesels for mid-speed service and the LM2500+G4 gas turbine to reach more than 31 knots.