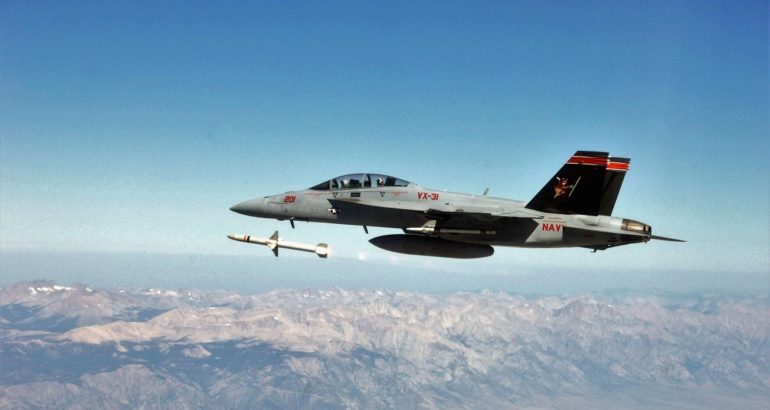 Northrop Grumman Corporation announced it has been awarded a $167 million contract by the U.S. Navy for Lot 8 Full Rate Production of the AGM-88E Advanced Anti-Radiation Guided Missile (AARGM).

This contract includes options for increased quantities for the Department of the Navy, missiles for the Italian Air Force and missiles for foreign military sales.

“AARGM is able to rapidly engage air-defense threats. We are proud to provide our warfighters with this advanced and affordable capability.”

The AARGM mission is Suppression and/or Destruction of Enemy Air Defenses (SEAD/DEAD). Its primary targets are re-locatable Integrated Air Defense (IAD) targets and targets that utilize shutdown tactics. AARGM counters enemy shutdown capability through the use of a multi-mode seeker.

AARGM Extended Range (AARGM-ER) was a new start in FY16.  The AARGM-ER incorporates hardware and software modifications to improve AGM-88E AARGM capabilities to include extended range, survivability and effectiveness against future threats. The AARGM ER will be integrated on the F/A-18E/F and EA-18G.