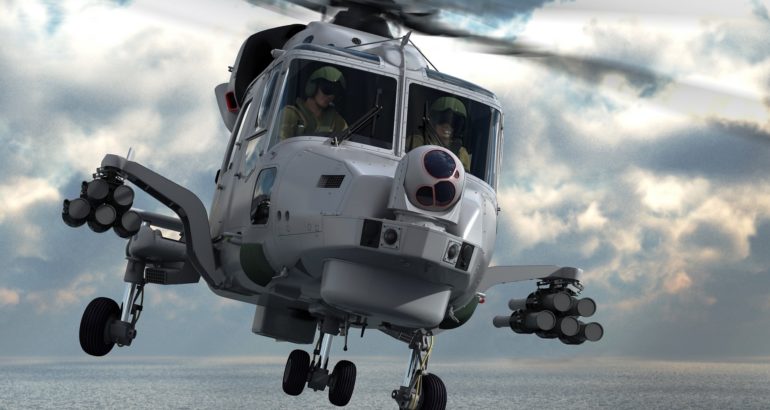 The FASGW(L) programme includes testing of all parts of the weapon system including the Lightweight Multirole Missile (LMM), the launcher system and all key equipment of the Wildcat helicopter.

The LMM, which the Royal Navy will call Martlet when it enters service in 2020, will provide an enhanced level of protection for both service personnel in the Royal Navy and vital assets at sea, such as the Queen Elizabeth Carrier.

The trials consisted of 6 LMMs being fired from the Thales designed Launcher system at a small boat target at sea at a distance of 4.5kms.  All missiles were test rounds with no warhead, but were fitted with telemetry software enabling data to be gathered to analyse the launcher, the guidance system and missile performance.

The FASGW(L) system accurately guided all missiles to the targets and provided extensive data on the excellent performance of all elements of the ground set-up and inflight performance of the missile.

The successful achievement of the ground firings is a major milestone and key to progressing to future testing including air firing trials later in 2019 and culminating in qualification and verification in 2020.

When it enters service in 2020 LMM will give the Wildcat increased protection capability able to address highly mobile maritime threats such as weaponised speed boats and jet skis.

Earlier this month, the Royal Navy announced that they test fired the same Martlet missile from a Type 23 frigate.