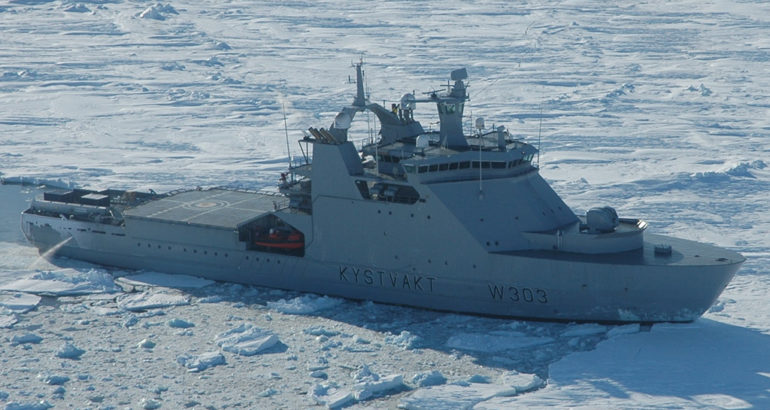 The Norwegian Coast Guard Vessel “Svalbard” will be equipped with the latest version of our TRS-3D naval radar and MSSR 2000 I IFF System. Copyright: NDMA Norwegian Defence Materiel Agency

The sensor solutions provider HENSOLDT will equip the Norwegian Coast Guard vessel “Svalbard” with the latest version of its TRS-3D naval radar and MSSR 2000 I IFF System.

This is already the second upgrade contract from the Norwegian Defence Materiel Agency as HENSOLDT is already under contract to equip the three new Arctic Coast Guard Vessels in the P6615 Program with the upgraded radar and IFF system.

Under both contracts worth more than € 27 m HENSOLDT will deliver four TRS-3D radars including the latest solid-state technology and signal processing software and will deliver them from 2021, in parallel to the building program of the new Arctic Coast Guard vessels. The TRS-3D includes a secondary radar MSSR 2000 I for Identification-friend-or-foe (IFF). It operates all current IFF modes, including the latest “Mode S/Mode 5 Level 1/2” standard answering the most recent NATO requirements.

“Our TRS-3D naval radar is an extremely reliable radar, particularly suited for littoral missions. We are taking the upgrade contract of the Norwegian Coast Guard as proof of the customer’s satisfaction with our product and services”.

TRS-3D is a three-dimensional multimode naval radar for air and sea surveillance. It includes the ability to correlate plots and tracks of targets with the MSSR 2000 I identification system for automatic identification of vessels and aircraft which is essential to avoid friendly fire and to establish a comprehensive situation picture. It is used for automatically locating and tracking all types of air and sea targets and safe guidance of on-board helicopters. Thanks to its signal processing technologies, the TRS-3D is particularly suited for the early detection of low flying or slow moving objects under extreme environmental conditions.

More than 50 units of the radar are in operation with naval forces around the world. Among the ships equipped are frigates and corvettes of the German Navy, the US Coast Guard National Security Cutters and the “Squadron 2000” patrol boats of the Finnish Navy. 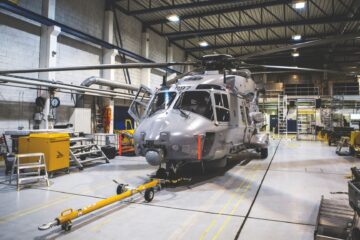