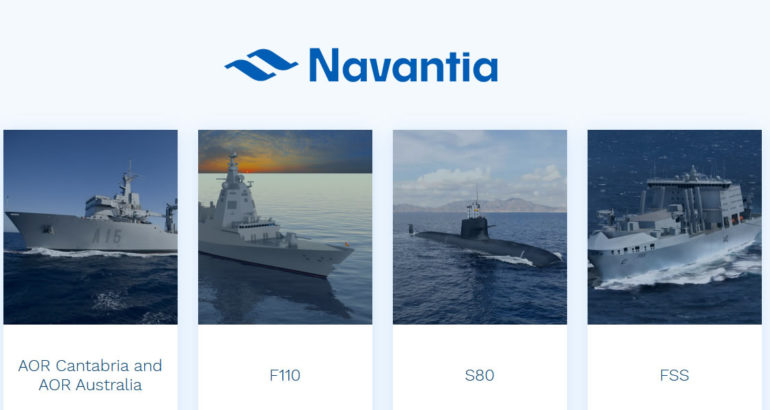 Spanish shipbuilding company Navantia will be exhibiting at DSEI 2019 and is set to unveil its design proposal for the UK Ministry of Defence 's Fleet Solid Support (FSS) programme alongside its partner, BMT.

Navantia will be displaying its latest shipbuilding innovations, and providing details of some of the most significant projects that the company is involved with. These include: The recently signed contract for the next generation Spanish frigate, F-110; the S-80 AIP submarine, and the two Royal Australian Navy vessels currently under construction in Spain.

Working with suppliers from across the UK, Navantia has submitted a proposal to the UK Ministry of Defence for the Fleet Solid Support (FSS) programme.  As part of its offer, Navantia is looking to grow the UK supply chain for this, and other new build programmes.  Navantia and its partner, BMT, will unveil the design of their FSS on Tuesday 10 September. Navantia will also be holding a UK Supplier Event during the show to explore opportunities for future collaboration with British industry.

On 16 May 2018, a contract notice was placed for two solid support ships, with a probable option of a third later. The requirements call for:

Early in the process, competitors for the FSS program included:

Austal partners with Raytheon and BMT for the Australian ILMV project

Naval News Staff 07 May 2022
Austal is teaming with BMT and Raytheon to deliver the new Australian Independent Littoral Manoeuvre Vessel, or ILMV...