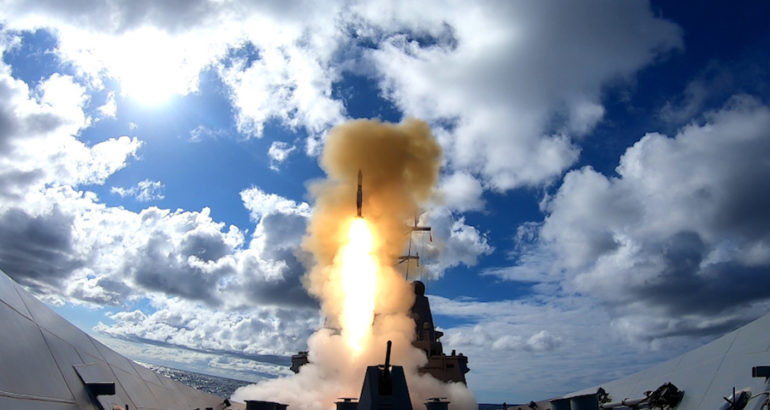 The firing provided an opportunity to prove recent upgrades to the ship’s Aegis combat system and prepare the ship’s company for their upcoming and Task Group deployment.

“HMAS Hobart is the most sophisticated and lethal warship ever operated by the Royal Australian Navy and this missile firing is a demonstration of how she can fight and win at sea,” Commander Gaskin said.

Leading Seaman Electronic Technician Katie Thorburn was directly responsible for firing the missile and said her training had prepared her well.

“I wasn’t nervous firing the missile as I’d done it before and we’ve trained a lot of hours for this. Last year we trained for over 150 hours for a similar scenario and we’ve done over a week’s worth of training this year for this firing,” Leading Seaman Thorburn said.

“I wasn’t nervous at all – after all of our training, it was all down to muscle memory.”

The first of three Hobart Class warships, HMAS Hobart is based at Garden Island in Sydney and will deploy for the first time next month as the lead ship in a task group deployment.