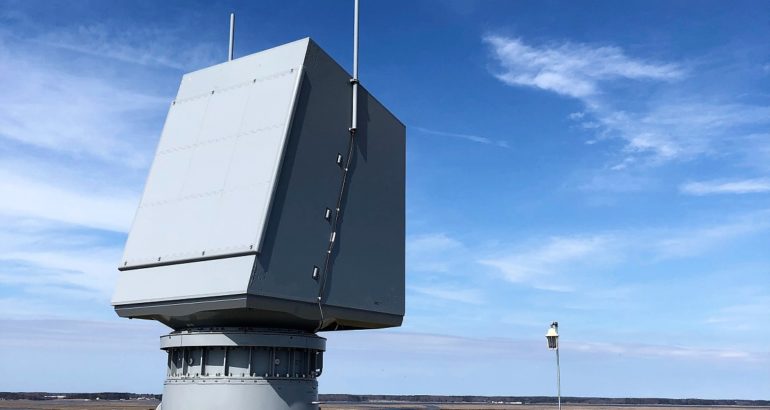 Raytheon and the U.S. Navy completed the first system-level tests of SPY-6(V)2, the Enterprise Air Surveillance Radar (or EASR), at the Surface Combat System Center at Wallops Island, VA.

In the first test the radar searched for, detected, identified and tracked numerous targets – including commercial aircraft. In a second exercise, the maturity of EASR integration enabled the radar to track multiple targets continuously for several hours during a test event involving another system.

“Moving quickly from radar installation at Wallops Islandto ‘tracks on glass’ in less than three months is a major accomplishment. The EASR program is progressing extremely well. We are now one step closer to production and delivering the radar’s unmatched capability to the surface fleet.”

Both versions of EASR are built on scalable Radar Modular Assembly, or RMA, technology as well as a software baseline that has been matured through development and test successes of AN/SPY-6(V)1, the U.S. Navy’s program of record for the DDG 51 Flight III destroyers. Each RMA is a self-contained radar in a 2’x2’x2′ box. These individual radars can integrate together to form arrays of various sizes to address any mission on any ship.  EASR also adds air traffic control and weather capabilities to the mature SPY-6 software baseline.

Upon completion of system-level testing in Q4 2019, EASR will shift from the engineering and manufacturing development phase to the production phase. The 1st delivery of AN/SPY-6(V)2 will be to LHA-8, the America Class Amphibious Assault Ship.