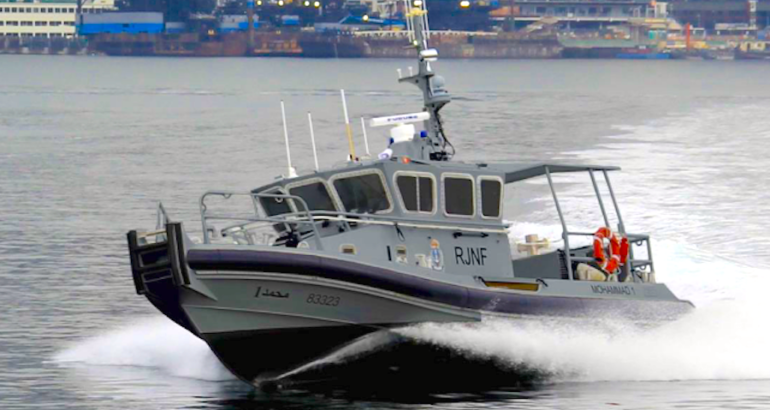 Fincantieri Marinette Marine and Vigor (Team RB-M) announced the deliveries of two additional Response Boat-Mediums (RB-Ms) to the U.S. Coast Guard. These boats are part of an approved foreign military sale to the Hashemite Kingdom of Jordan through the Department of Homeland Security.

Fincantieri Marinette Marine was the prime contractor and program manager for the project, and Vigor built the vessels at its Seattle facility.

The Royal Jordanian Naval Force (RJNF) plans to operate the boats from its base in Aqaba, Jordan.  The 13.6-meter vessels are capable of a top speed of more than 42 knots and have a mission duration of up to 24 hours. The RB-Ms will enhance the RJNF’s ability to perform security missions, search and rescue, and drug interdiction along with visit, board, search and seizure operations (VBSS).

“We are pleased to lead this effort as the prime contractor and to team with Vigor to provide the U.S. government and our Coast Guard a means through which to strengthen security cooperation worldwide,” said Rick Hunt, President of Fincantieri Marinette Marine.

“The RB-M has proven to be one of Vigor’s most enduring designs thanks to its reliable high performance. We are pleased to see its popularity spreading internationally and honored to support the U.S. Coast Guard and its allies in RB-M production,” Bill Blount, Director, International Sales.

Team RB-M previously delivered 174 similar boats to the U.S. Coast Guard and is completing six additional boats to the Kingdom of Bahrain.

Martin Manaranche 22 Jul 2021
The U.S. Coast Guard short range recovery helicopter program delivered CGNR 6596 to Air Station Miami July 12. With this delivery, 25 Dolphin helicopters have been converted to the “E” configuration, and four facilities have transitioned to the upgraded aircraft.

Xavier Vavasseur 13 Jul 2021
At DEFEA 2021, the International Defense Exhibition which opened its doors today in Athens, Greece, Italian shipbuilder Fincantieri confirmed that it is proposing the Italian FREMM frigate design to the Hellenic Navy.