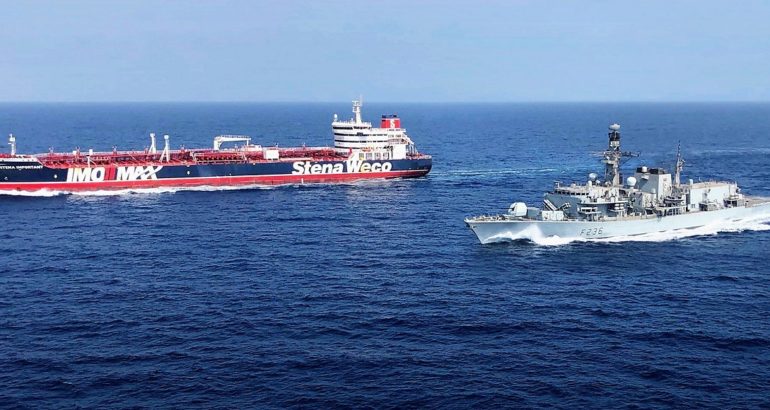 The United Kingdom has reaffirmed its commitment to freedom of navigation and safe passage through the Gulf by playing a leading role in a new international maritime security mission. The mission will see the Royal Navy working alongside the US navy to assure the security of merchant vessels in the Strait of Hormuz.

Events in the Gulf over the last four months, including attacks on four tankers off the coast of the United Arab Emirates and the illegal seizure of the British-flagged oil tanker Stena Impero, have seen the threat to commercial shipping rise. The Strait of Hormuz is the busiest narrow shipping passage in the world and a vital transit zone with 20% of the world’s oil passing through it every year.

Following constructive discussions at an international conference in Bahrain last week (31st July), the UK has agreed to join an international mission which will largely draw on assets already in the region to increase inter-state maritime cooperation. The UK has also offered to lead one of the mission’s Maritime Task Groups.

While exact operational details are being determined, the mission is intended to improve coordination between different countries’ militaries and commercial shipping. Both the UK and US are committed to working with allies and partners to encourage others to join and broaden the response to this truly international problem.

The UK has dedicated to doing all it can do defend freedom of navigation, which is crucial for the global trading system and world economy. This new coordinated effort will bolster the work the UK has already being undertaking to this end, including through HMS Duncan and HMS Montrose accompanying UK-flagged ships. At the same time, the Government remains committed to working with Iran to reduce the current tensions and to the Iranian nuclear deal as the best means of preventing a nuclear-armed Iran.