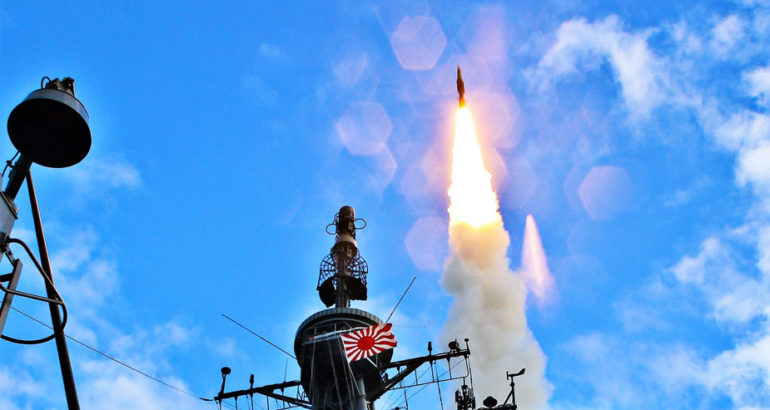 The U.S. State Department approved a possible Foreign Military Sale to Japan of up to 73 Standard Missile-3 (SM-3) Block IIA missiles for an estimated cost of $3.295 billion.

These missiles are likely intended to be fitted on the Japan Maritime Self-Defense Force (JMSDF) Aegis destroyers such as the four Kongo-class, the two Atago-class or the future two Maya-class of destroyers.

These missile could also be deployed from the Aegis Ashore system recently procured by Japan. The U.S. Department of State approved the sale of two such batteries to Japan in January. They will be installed in Akita and Yamaguchi prefectures and are set to be operational from 2025.

According to its developper and manufacturer Raytheon, The SM-3 interceptor is a defensive weapon the U.S. Navy uses to destroy short- to intermediate-range ballistic missiles. The interceptor uses sheer force, rather than an explosive warhead, to destroy its target. Its “kill vehicle” hits threats with the force of a 10-ton truck traveling 600 mph. This technique, referred to as “hit-to-kill,” has been likened to intercepting a bullet with another bullet.

Back in April this year, the U.S. State Department approved a similar FMS deal to Japan of up to fifty-six (56) Standard Missile-3 (SM-3) Block IB missiles for an estimated cost of $1.150 billion.

Compared to previous variant of the missile (like the SM-3 Block IB), the Block II1 variant features a larger rocket motor and a larger kinetic interceptor.