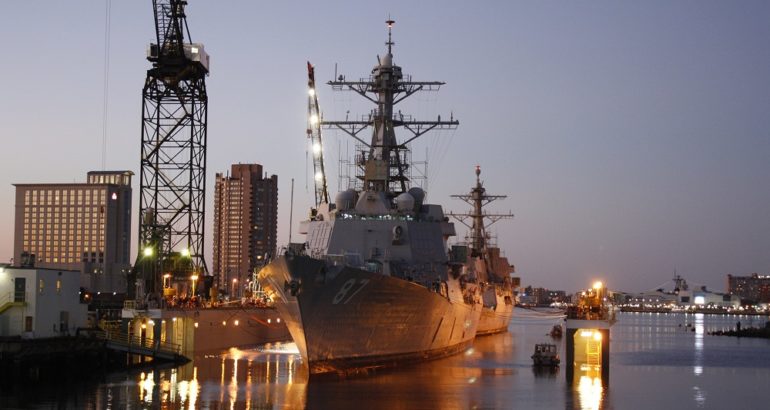 BAE Systems has received $170.7 million in contracts from the U.S. Navy to perform simultaneous maintenance and repair on two Arleigh Burke-class (DDG 51) guided-missile destroyers in its San Diego shipyard.

Under the awarded contracts, the shipyard will tandem dry-dock the USS Stethem (DDG 63) and USS Decatur (DDG 73) in October. The synchronized two-ship docking will be a first for the company’s newest dry-dock in San Diego. The contracts include options that, if exercised, would bring the cumulative value to $185 million.

“The ability to simultaneously dock two DDGs is a special capability that BAE Systems brings to our Navy customer and comes at a critical time when additional throughput is necessary to meet surface combatant demands and modernization requirements. Beyond the remarkable nature of this tandem docking, it will be business as usual for our shipyard team and partners given our significant experience working with the Arleigh Burke class.”

Positioned end to end, the USS Stethem and USS Decatur will be lifted together inside BAE Systems’ “Pride of California” dry-dock. Installed in 2017, the Pride of California is 950 feet long, 160 feet wide and has a lifting capacity of 55,000 tons – making it the largest floating dry-dock in San Diego. The destroyers each displace about 9,000 tons and are expected to be re-floated in April 2020.

The USS Stethem is the 13th ship of the Arleigh Burke class, which is the Navy’s largest class of surface warfare combatants. Named for Master Chief Constructionman Robert Stethem, the 505-foot-long ship was commissioned in October 1995. BAE Systems will perform hull, mechanical and engineering repairs aboard the ship. Once back in the water, the Stethem’s Extended Docking Selected Restricted Availability (EDSRA) is expected to be completed in October 2020.

The USS Decatur is the 23rd ship of the Arleigh Burke class. Named for the early 19th Century Naval hero Stephen Decatur Jr., the ship was commissioned in August 1998. BAE Systems will perform much of the same upgrade work aboard the 505-foot-long Decatur as it will perform on-board the Stethem. After undocking, the Decatur’s EDSRA work is expected to continue into October 2020. 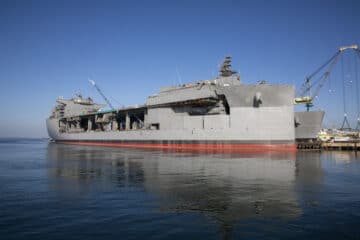