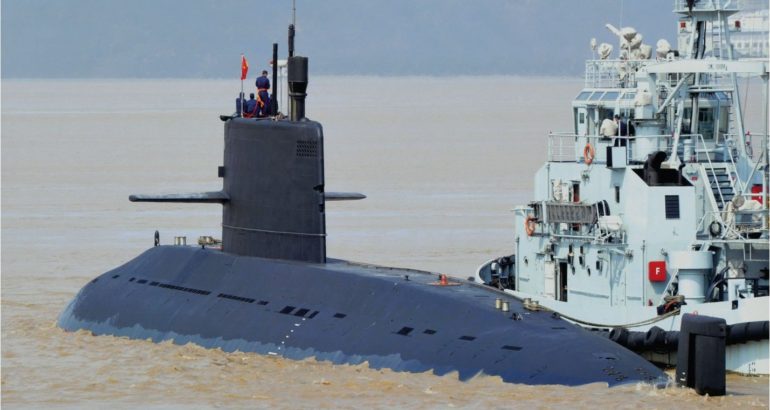 The Thai government approved the purchase of the submarine for about $430 million back in January 2017 as pat of a government to government agreement.

First steel cut of the submarine based on the People’s Liberation Army Navy (PLAN) Yuan-class took place in September 2018 and delivery is set for 2023.

As reported by Eatpendulum, the Royal Thai Navy held a media briefing in May 2017 to justify and defend this procurement project.

Thai naval forces have not operated submarines for over 60 years now, while neighboring countries, particularly those with a major dispute at sea with Thailand, such as Vietnam, are all equipped with modern submarines.

During the May 2017 briefing, the Royal Thai Navy explained that the Chinese proposal for the S26T submarine of 2,600 tonnes (hence the figure 26, and T for Thailand) is a Government to Government deal, which greatly minimizes the risks for Thailand. China agreed to a payment in 17 installments, reducing the financial pressure for the Thai annual budgets.

Faced with a fierce competition represented by Scorpene (France), Type 209 (Germany), Project 636 Varshavyanka (Kilo-class, proposed by Russia) and DW-1400T (derived from German Type 209 and proposed by South Korea), the information provided by the Thai Navy indicates that the S26T key strengths are:

The Chinese shipbuilding group also offered a 2 year warranty, something that the other five manufacturers reportedly could not match. In addition, the Chinese guaranteed the availability of spare parts for 8 years, and offered 5 complete ship diagnostics as part of the deal.

The Thai navy added at the time (May 2017) that with more than 50 SSK in service, the Chinese navy has plenty of experience in submarine operations, without any safety incidents for its latest-generation of submarines.

In addition, the Chinese Navy agreed to train the Thai submariners in China for 3 years.

It is for all these technological, financial and logistical reasons, cleverly bundled together, that Thailand turned to China to set up its submarine force. This is in any case what one understands from the explanation given by Admiral Luechai Riddit (ลือ ชัย รุด ดิษฐ์), Chief of Staff of the Thai Navy.

Of course, there are also political arguments that pushed the Chinese government to give so many favorable conditions for this contract. For example, this deal can be seen as a political-military brick of the One Belt One Road strategy: Pakistan, Bangladesh and Thailand all border the “One Road” shipping route and are gradually equipped with Chinese military equipment.

Thailand also signed a contract with China for the procurement of a Type 071E landing platform dock (LPD) this month. China State Shipbuilding Corporation (CSSC) will build the amphibious vessel for the Royal Thai Navy.