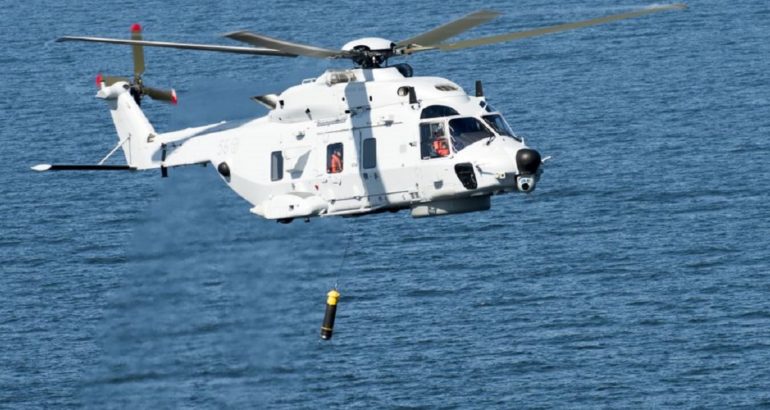 The 18th and final NH90 helicopter for the Swedish Armed Forces was handed over by the Swedish Defence Materiel Administration (FMV) in July, at the Airbus Helicopters site of Marignane in Southern France.

The entire fleet is flown by the Swedish Air Force. The Swedish NH90 have a special HCV (High Cabin Version) configuration: The cabin height has been increased from 157 to 182 centimeters.

The NH90 in its NFH variant is already in service with the navies of Italy, France, Norway, Belgium and the Netherlands, and has been selected by Qatar and Germany. In Germany, they will be known as the “Sea Tiger” and “multi-role frigate helicopter” (MRFH).

According to Airbus Helicopters, the NH90’s NFH version is a ship-based compact maritime helicopter, one of the primary maritime weapon systems for any surface fleet. Operating from shore or warships up to sea state 6, the helicopter is tailored for full capability in both anti-submarine (ASW) and anti-surface unit (ASuW) warfare. Search and rescue operations can be performed in either of these configurations. Complementary roles include maritime surveillance and control, airborne warning control, logistic transport and utility support, vertical replenishment (VERTREP), casualty evacuation (CASEVAC) and special operations – including counter terrorism and anti-piracy.

Changes Ahead for Swedish Naval Plans

Robin Häggblom 03 Nov 2022
The latest recommendations on the future of the Swedish Armed Forces have just been published. Here are the main changes to be expected for the Swedish Navy...

Nathan Gain 01 Sep 2022
The Swedish group Saab received an order from the Swedish Defence Material Administration (FMV) regarding modification of two existing naval underwater signature ranges. The order, valued at US$ 12 million, is a follow-up order to a contract signed in 2020 and the project will continue until 2026.