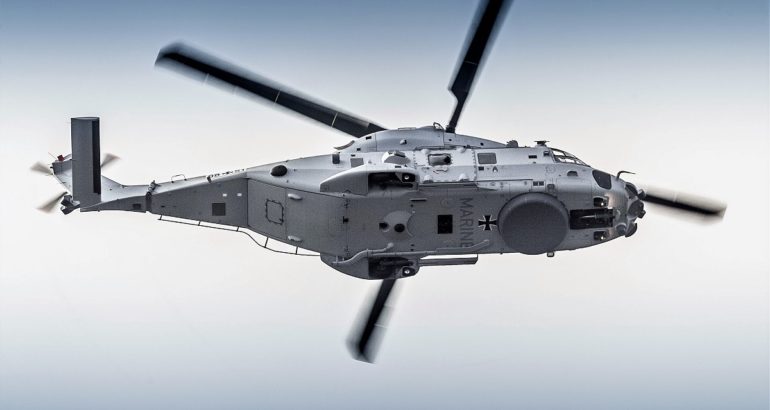 The German Navy announced yesterday the selection of the NH90 NFH maritime helicopter as the replacement for its ageing Lynx anti-submarine warfare helicopters.

According to a German Navy statement, this decision ensures a smooth transition and synergies in later operations. The service already selected the NH90 “Sea Lion” as a SeaKing replacement, mostly for Search and Rescue (SAR) tasks. Delivery of the first Sea Lion helicopters is scheduled for the end of 2019. Altogether 18 helicopters are on order.

The German Navy is expected to receive their new ASW helicopters from 2025. They will be known as the “Sea Tiger” in German Navy service. Its special designation is “multi-role frigate helicopter” (MRFH). It will be the German version of the NH90 NATO Frigate Helicopter (NH90 NFH) and closest to the French variant of the NFH (NFRS) known as Caiman. The NH90 NFH variant is already in service with the navies of Italy, Norway, Belgium and the Netherlands, and has been selected by Qatar.

The quantity of helicopters to be order has not been announced yet. As the next important milestone in the MRFH procurement process, the Bundestag will deal with a corresponding bill in 2020. The German Navy is currently fielding a fleet of 22 Sea Lynx Mk88A helicopters.

According to the German Navy, maritime helicopters are an integral part of the “frigate system”. Equipped for example with sonar, radar and torpedoes, they are essential sensors and weapons carriers in ASW and ASuW. They can also flexibly support maritime operations through transport and rescue missions.