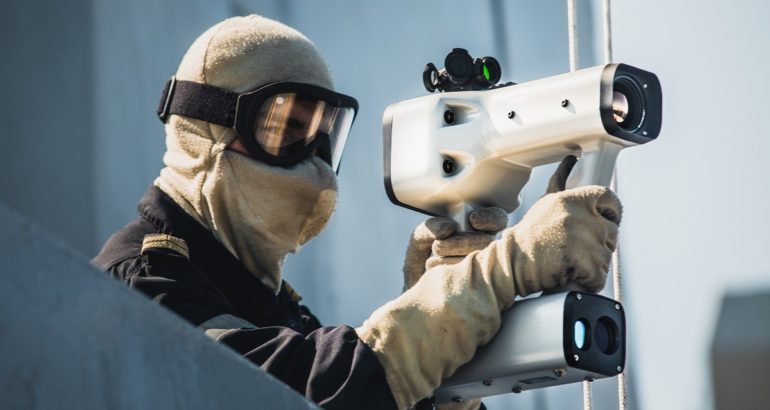 French Navy to Test SOFRESUD’s IPD aboard its PAG Ships

An Intuitive Pointing Device (IPD) will be installed and tested aboard one of the French Navy's PAG type patrol vessels.

Designed by French Company SOFRESUD, the IPD is already deployed aboard Marine Nationale’s FREMM frigates and has been selected for the upgrade of the La Fayette-class frigates.

According to the information which was published on a French public tenders platform, the contract calls for the adaptation of the NARWHAL 20B remote weapon station (by Nexter) currently installed on the patrol vessels, in order to experiment the IPD designator with this type of vessel.

IPD brings Remote Weapon Systems (RWS) with the necessary capability of assisting in cueing to enlarge the narrow field-of-view of tracking optronic systems in the context of rising time-critical threats, when automated systems of vessels could face difficulties to detect asymmetric and multiple threats at sea (fast and stealthy targets such as low radar cross-section (RCS), low-level surface or ground-based targets).

IPD brings unprecedented advantage when facing all kind of lately detected threats. It becomes a decisive asset that plays a crucial role with RWS bringing a highly responsive and robust solution to shorten kill-chain in most uncomfortable situations.

The IPD can benefit, not only warships such as corvettes and frigates, but also light vessels such as patrol boats that are equipped with a RWS but don’t have any CMS neither sophisticated radar nor electro-optic for designation.

Beyond that test aboard a single PAG, the French Navy will likely be looking at deploying IPD across the entire fleet of vessels fitted with NARWHAL RWS (such as the updated Horizon class destroyers and the Mistral class LHD which are set to get the RWS as well).

Previously known as “PLG” for Patrouilleur Léger Guyanais (or French Guyana-based Light Patrol Vessel) these vessels are now known as PAG for Patrouileur Antilles Guyane. They were built by French shipyard SOCARENAM.

The PAG patrol vessels are task with sovereignty missions, the protection of French interests in the Antilles (French West Indies) and Guyana maritime area and anti-drug trafficking. One of the missions for the PAG is to secure the waters around the Guyana Space Center during ESA’s rocket launches.

The PAGs have a length of 60 m and a width of 9.50 m, a draft less than 3.2 meters and a displacement of 750 tonnes. The are able to operate in very shallow waters and may sail up the Kourou river, as was recently demonstrated. They have a maximum speed of 21 knots with an endurance of 12 days at 12 knots.

The PAG equipment consists in a Nexter Narwhal 20mm RWS as main gun, secondary machine guns, water canons and a stern ramp to launch and recover RHIBs. They may accommodate 14 people (special forces for example) in addition to 24 crew members.