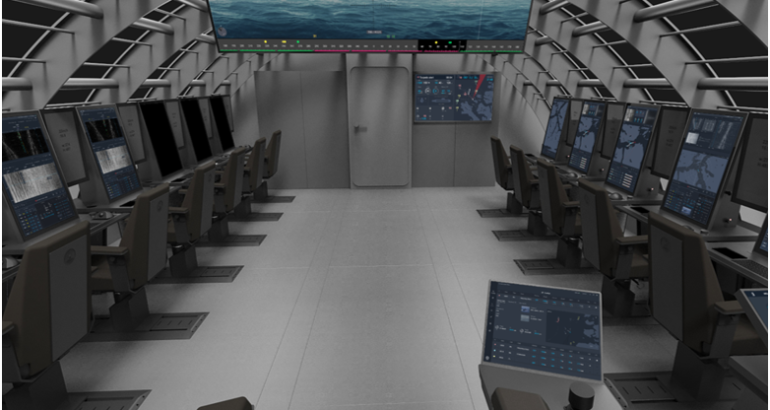 At the 7th International Submarine Conference SubCon 2019 kta naval systems, a joint venture of thyssenkrupp Marine Systems and Kongsberg, presented its new combat system for non-nuclear submarines. The system called ORCCA combines for the first-time maximum adaptability with the highest level of IT security.

ORCCA enables its operator to conduct an integrated data analysis from a wide range of systems on board via one multifunctional console – for a sound and quick decision-making process.

„ORCCA is the most modern combat system for non-nuclear submarines on the market. We brought together the expertise of our colleagues at ATLAS ELEKTRONIK and Kongsberg Defense & Aerospace to create a unique combat system. We will equip all future submarines from thyssenkrupp with this highly integrated system.”

The modular design enables the integration of new technologies and the adaptation to changing deployment scenarios throughout the lifetime of the system. Customers can constantly advance their combat system onboard to adapt to new requirements and to ensure that they always have the most recent available technology on board; no matter if in 10, 20 or 30 years.

The system shows this kind of flexibility already at installation: Subsystems from the respective customer countries can easily be integrated. In addition, the system can be used for all submarine classes of thyssenkrupp Marine Systems – whether newly built or retrofitted.

ORCCA enables its operators to interact as part of a unit in multinational missions like NATO or EU missions. The communication between the systems on board and to the national and in addition to the international domain modules is separated by a special IT infrastructure. ORCCA guarantees high speed and maximum security across the various communication channels.

ORCCA will be fitted aboard the future Type 212 CD of the Norwegian Navy. After a comprehensive evaluation process, The Norwegian Government decided on Germany as strategic partner for new submarines in February 2017. The partnership is based on a German-Norwegian common purchase and lifetime management of identical, new submarines. The submarines will be based on the class 212A and specifically tailored to the requirements of the two nations. The class 212CD will combine the low signatures of the class 212A with extended range, speed and endurance to allow worldwide operations. As part of the cooperation with Norway, Germany is set to procure two more submarines of the type (in a group purchase with Norway who will get four).