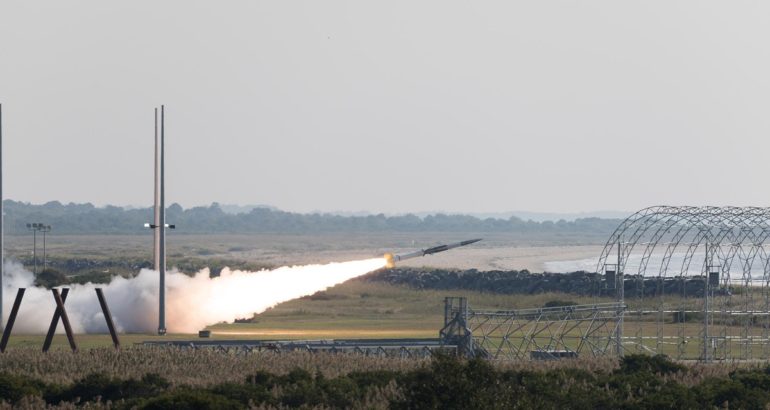 “This site activation established a MSLEX capability in support of operational readiness and certification of deploying carrier strike groups. We are committed to providing the most advanced training and weapons in the security of our Sailors and in the defense of our nation.”

MSLEX is a live exercise designed to increase fleet lethality and tactical proficiency by providing operators a venue to execute their procedures in real-time. U.S. Fleet Forces Command plans to execute two to three events per year to meet the intent of the Chief of Naval Operation’s directive for all carrier strike groups to complete MSLEX training prior to deployment.

GQM-163A, managed by PMA-208, is a supersonic aerial target capable of Mach 2-plus at altitudes ranging from 15-to-52,000 feet.  The Coyote replicates a family of supersonic sea skimming anti-ship cruise missile threats for fleet training and test and evaluation of ship self-defense systems.