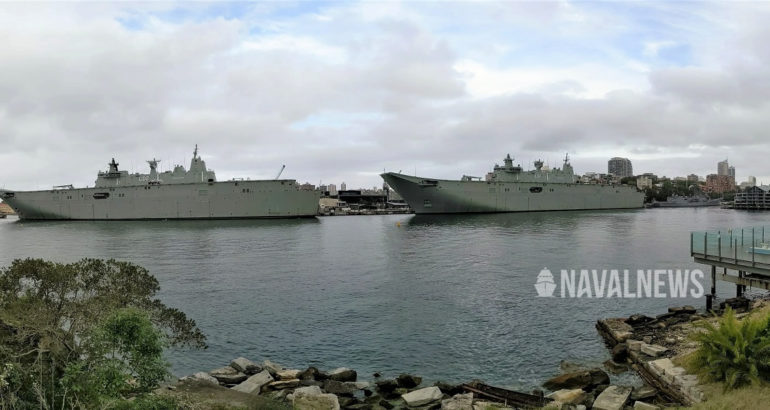 The entire amphibious capability acquired under Joint Project 2048, including the LHDs HMAS Adelaide and HMAS Canberra, the twelve Landing Craft (LLC) and the amphibious supporting organisations, achieved the milestone in November, confirming they are able to deliver and deploy the full scope of amphibious operations.

As the centrepiece of Australia’s amphibious force, the Canberra-class have the ability to complete operations spanning from amphibious warfare through to humanitarian assistance and disaster relief.

At 230 metres long and with a speed in excess of 20 knots, the 27,500 tonne LHDs are highly reliable and effective ships with capabilities which include six helicopter positions and four integral ship-to-shore connectors, which are able to carry all of Army’s in-service vehicles, including the M1A1 main battle tank.