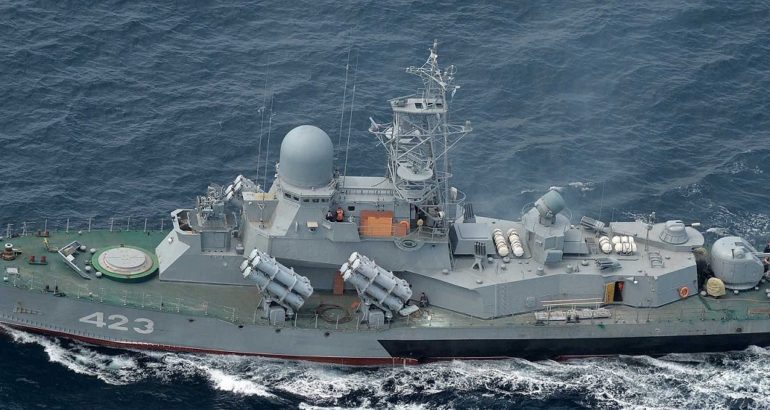 The Russian Defense Ministry plans to order the modernization of an additional shipment of three project 1234 small missile ships for the Russian Pacific Fleet.

Their service life will be extended for eight years, Russian Deputy Defense Minister Alexander Krivoruchko said during a visit to the North Eastern Repair Center in Vilyuchinsk as quoted by the Russian Defense Ministry.

The North Eastern Repair Center has handed over the Smerch small missile ship, which was upgraded to the 1234.1 level, to the fleet ahead of schedule in 2019. Krivoruchko said that the modernization of the three small missile ships would take five years if approved. He added that the 1234.1 modernization project provides for replacing the Malakhit missile system, which is in service with these ships, with modern Uran systems. The number of missile launchers will increase from 6 to 16. The Titanit radar locator, which is used for detecting surface targets, will be replaced with the Mineral modern station KRS-27. Besides, a new-generation artillery system AK-176MA will be mounted on the ships.

“The ships’ combat potential and the detection range will increase more than three times,” the deputy defense minister said.