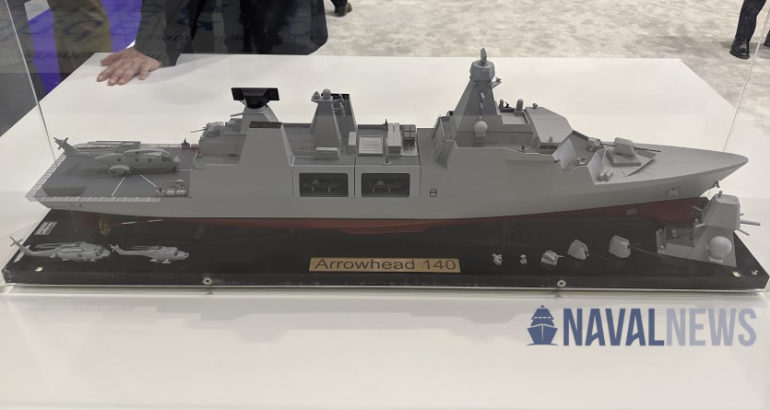 The Royal Navy is investing in two different frigate platforms to replace the outgoing Type 23 submarine warfare frigate that has formed the core of the Royal Navy for the past few decades. Radakin told GlobalData that the Type 26 and Type 31 programmes will upgrade the Royal Navy’s capability and offer interoperability for global allies.

“The Type 26 is a super-sophisticated anti-submarine warfare frigate. And it’s been a huge success.”

The eight Type 26 ships, manufactured by BAE Systems, with the first scheduled to be delivered in mid 2020, will continue a legacy of leading anti-submarine work within the Royal Navy.

The Royal Navy also has five Type 31 frigates due to hit the water by 2028.

Radakin said: “The Type 31 is again a fantastic frigate. It’s got size, it’s got endurance, and for me, it’s got adaptability.”

Set to be built by Babcock, the frigate is non-specialised, and less expensive, due to being based on the Danish Iver-Hutfelt class Frigate. The £250m ships feature four mission bays and an expanded hangar that would enable them to carry two helicopters, or potentially drones. The ability to have two aircraft in the air or an unmanned aerial vehicle (UAV) gives the ship extended reach, which is critical for at-sea operations.

Radakin explained: “Because we’re taking an existing frigate, and existing propulsion systems, we can manufacture it much more quickly. That has some cost benefits that go with it, and because it’s not bespoke for anti-submarine operations, it’s cheaper to produce.

The affordable nature of the ships, combined with their versatility, means they could easily become a model for further expansion of the Royal Navy.

Radakin said: “If the government wanted to invest even more with frigates, the Type 31 might be a model that allows government to get more frigates more quickly.”

GlobalData’s Defence Technology writer Harry Lye comments: “Rather than spending billions of pounds per ship, this programme gives the current and future governments the ability to cheaply expand the UK’s fleet, allowing for increased force projection across the globe.”