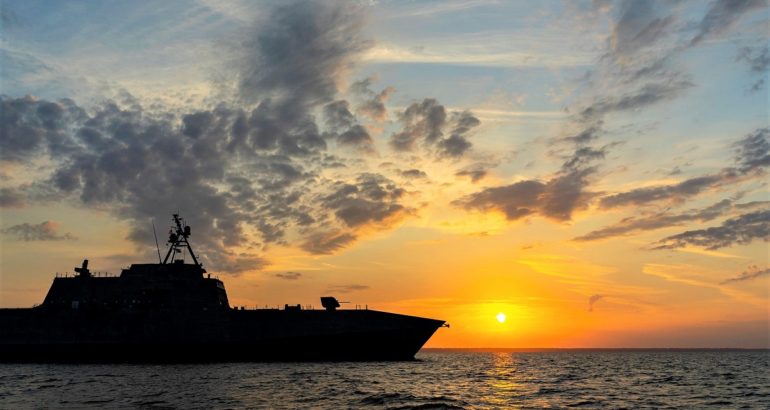 Acceptance trials are the last significant milestone before the ship’s planned delivery to the U.S. Navy in early December. During trials, the U.S. Navy conducted comprehensive tests of LCS 22’s systems, which spanned multiple functional areas essential to a ship being able to perform at sea — main propulsion, auxiliaries and electrical systems. The ship also performed demonstrations of its capability, including a full-power demonstration, steering and quick reversal, anchor drop test and combat system detect-to-engage sequence.

“This level of performance is among the best I’ve seen for this class. We continue to see improvements in cost, initial quality and schedule, ship after ship,”

The Independence-variant LCS is a high-speed, agile, shallow draft, focused-mission surface combatant designed to conduct surface warfare, anti-submarine warfare, and mine countermeasures missions in the littoral region. With its open architecture design, the LCS can support modular weapons, sensor systems and a variety of manned and unmanned vehicles to capture and sustain littoral maritime supremacy.