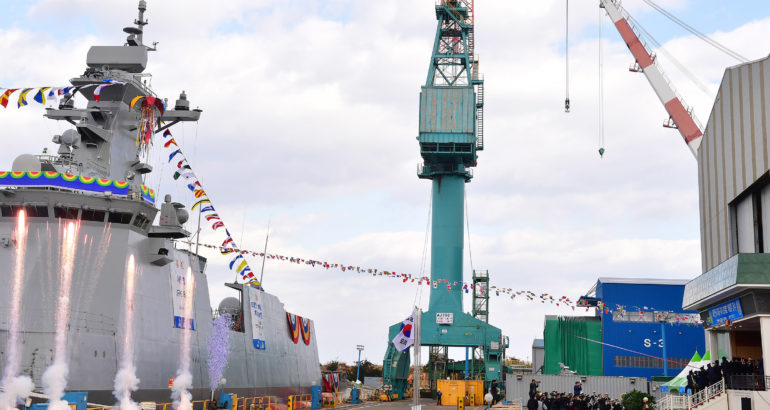 The frigates are an improved version of the Incheon-class (FFX batch I). FFX Batch II frigates displace 2,800 tons, are 122 meters long, 14 meters wide and 34 meters high. They can accommodate a maritime helicopter.

“Uncertainties in regional maritime security situations have continued due to feuds over maritime jurisdiction and freedom of navigation … Under these circumstances, we should secure more powerful naval capabilities. We will firmly protect national security and maritime sovereignty by perfectly carrying out all missions in seas surrounding the Korean Peninsula and the world.”

ROKS Seoul is set to be commissioned with the ROK Navy in early 2021. A program to build the third batch (FFX III) frigates which will displace 3,000 tons and feature a phased array radar is also underway.