Home» News»Russian Navy to Build Armored Shelters for its Submarines 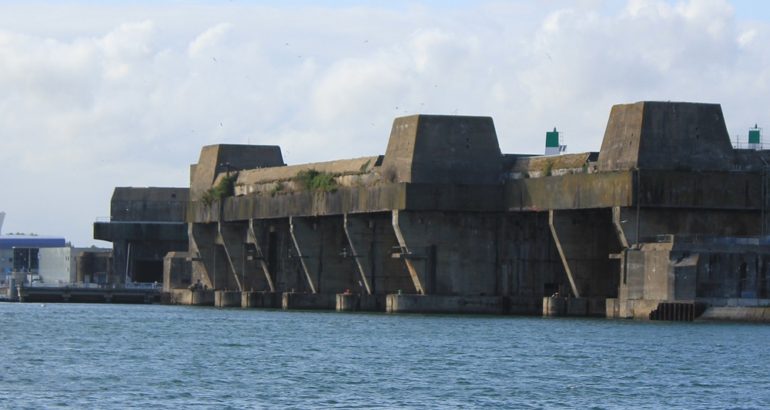 Russian Navy to Build Armored Shelters for its Submarines

Russian submarines will get armored shelters equipped with water, electricity, and steam supplies. They are designed for Borey-class SSBN of project 955 and Yasen-class SSGN of project 885, as well as Lada-class diesel-electric submarines of projects 636 and 677. Each shelter will defend the submarine from bombs and missiles and even a nuclear strike, the Izvestia daily writes.

The construction of shelters will begin this year in Vilyuchinsk base of the Pacific fleet in Kamchatka, sources in the Defense Ministry said. In 2020, the construction will begin in Northern fleet deployment bases near Severomorsk.

A sophisticated facility comprising a mall and a berth is already under construction in Vilyuchinsk. They both create a wet dock. The reinforced concrete erection is 50 meters high. The shelter will protect submarines from adversary strikes and natural calamities.

Submarine deployment bases, specifically for SSBN, are properly protected and guarded in the whole world, former submarine commander, Hero of Russia Rear Admiral Vsevolod Khmyrov said. “In Soviet years, the bases were built to provide proper shelter to submarines. For example, an overhaul plant for submarines was built inside a mountain in Balaklava for the Black Sea fleet. Such facilities reliably protect from air raids, increase survivability and combat readiness of warships and submarines,” he said.

The docks are built to rapidly load missiles and torpedoes. The shelters have to ensure rapid repairs of a submarine, he added.

The shelters have also to bar subversion teams, expert Dmitry Boltenkov said. “Subversion tactic is constantly updated and poses a major threat to naval bases, ships and vessels,” he said.

In the West, Norway and Sweden engaged in large-scale construction of submarine shelters. The Scandinavians hid their submarines in driftways of coastal rocks, he said.

In Soviet time, a submarine shelter project was designed as a bunker. It was a rectangular construction with reinforced concrete tubes equipped with water, electricity and steam supplies.

The facility could shelter one or several submarines. The inside space was divided by massive pillar walls covered by a reinforced concrete ceiling against adversary missiles and bombs.

Only one bunker was built in Crimea. In the Northern and Pacific fleets even SSBN berthed in the open. Most of the constructions had no electricity supplies which affected the combat readiness of submarines.

The Soviet Union divided SSBN between the Northern and Pacific fleets. Today the main strategic naval force operates in the Northern fleet. However, the situation will change soon and the construction of the first shelter in Vilyuchinsk is a confirmation.

Submariners value the base in Kamchatka for convenient geographical location. A U-boat sails out directly to the ocean. It allows covert rotation on combat duty. Northern fleet SSBN have to sail the Barents Sea which restricts the maneuver.

The Russian Navy has been reinforcing strategic nuclear forces in the east of late. The Pacific fleet will soon receive the Borey-A-class Knyaz Oleg SSBN of project 955M. It will be deployed in Kamchatka, the Izvestia said.