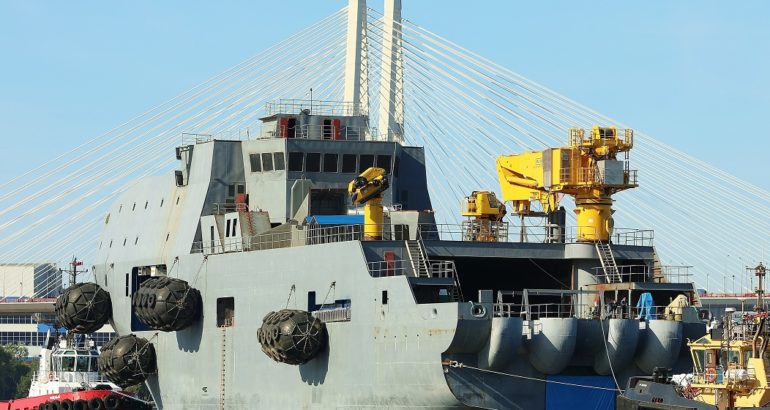 A source in the shipbuilding industry told Sudostroenie.info publication the event was attended by representatives of the deep-water research department of the Defense Ministry, Pella Shipyard, Malakhit and Severnoe Design Bureaus.

The Pella Shipyard laid the Akademik Ageev on September 15, 2006. The construction was finalized by Kanonersky Shipyard.

The characteristics of the vessel were not disclosed.

Academician Ageev is being built for the Main Directorate for Deep-Water Research (GUGI) of the Ministry of Defense of the Russian Federation. GUGI is responsible for fielding specialized submarines, oceanographic research ships, undersea drones and autonomous vehicles, sensor systems, and other undersea systems.

As we reported previously, for the record, the construction of the research vessel Academician Ageev has been carried out for the GUGI at the Pella shipyard since 2015. The official keel laying ceremony took place on September 15, 2016. The developer of project 16450 is Severnoye Design Bureau.

The vessel was launched on December 21, 2017 (while keeping a low profile because there was no launch ceremony). No fitting out work was carried out in the past year at Pella shipyard. The transfer of the ship for completion to the Kanonersky shipyard is due to the absence of a dock of the appropriate size at Pella shipyard. The deadline for the ship delivery, however, remains unknown.