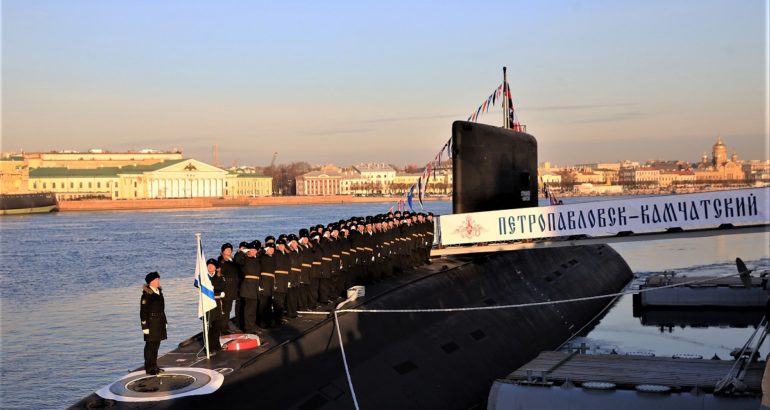 The Admiralty Shipyard handed over the first Petropavlovsk-Kamchatsky submarine of project 636.3 to the Pacific fleet. The submarine hoisted St. Andrew’ flag.

The Admiralty Shipyard is to build six project 636.3 submarines for the Pacific fleet. It previously built six of them for the Black Sea fleet. The project can be extended also for the Baltic fleet.