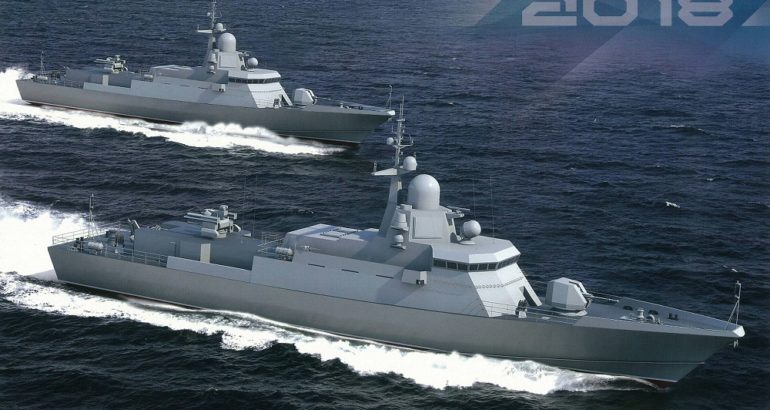 The Amur Shipyard laid the third Karakurt-class corvette of project 22800. The Navy commander-in-chief ruled to call it the Ussuriisk, the United Shipbuilding Corporation (USC) said.

“I am glad that the laying of new ships has become regular. We have recently handed over to the customer the Ostap Sheremeta supply vessel to service shelf oil platforms. We prove that the shipyard is alive and can produce military and civilian ships,” shipyard CEO Vladimir Kulakov said.

“The third corvette for the Pacific fleet means the shipyard can build any series of warships, including ten corvettes of project 20380 which are necessary in the Pacific Ocean,” Pacific fleet Deputy Commander Igor Korolev said.

The Amur Shipyard is to lay the fourth corvette of project 22800 in May 2020. The third and fourth corvettes are to join the Navy in 2020 and 2021. The Defense Ministry ordered six corvettes.

Korolev inspected the construction of the Rezvy corvette, as well as the Rzhev and the Udomlya laid on July 1, 2019. He also inspected the Aldan Tsydenzhapov corvette. All Navy orders are fulfilled on schedule.