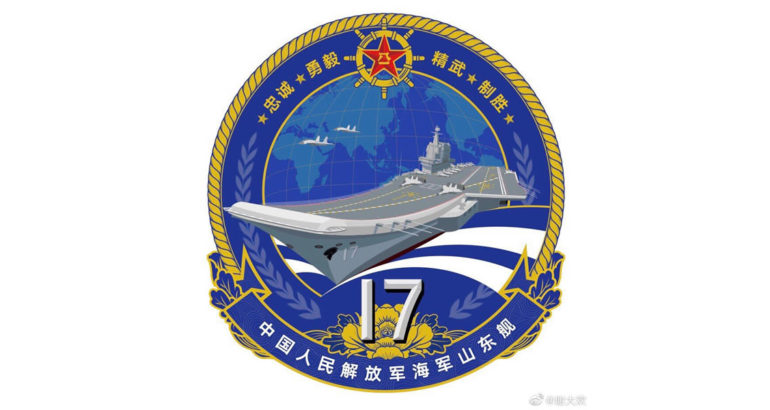 This is the PLAN’s 2nd aircraft carrier but the first one fully designed and built locally by the engineers of the 701 Institute of the CSIC group on the basis of Project 1134.5 Varyag (known as Liaoning today and in service with the PLAN). It was previously known as “Type 002”.

The aircraft carrier received a grand commissioning ceremony at a naval base in Sanya in presence of President Xi Jinping.

Construction of Shandong began in November 2013. It was launched in April 2017 at the Dalian Shipyard, Northeast China’s Liaoning Province.

Having a displacement of around 40,000-60,000 tons and using a similar ski-jump flight deck as the Liaoning, the conventional-powered Shandong is equipped with more advanced electronic devices and control and command system, and built with an optimized superstructure and internal layout, after gaining actual-user experiences following the Liaoning’s commissioning in 2012.

According to Chinese media, Shandong airwing can carry 36 J-15 fighter jets, compared to the Liaoning’s 24.