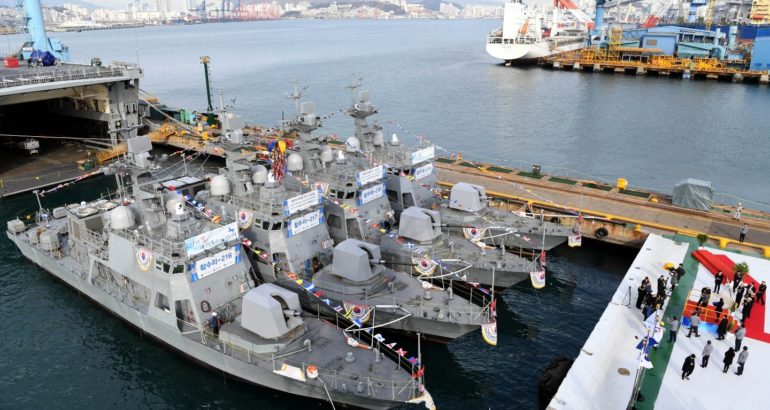 The new vessels named Chamsuri-216 (참수리-216) to 219 will join the ” the first line of coastal defense” according to DAPA (Defense Acquisition Program Administration ). They are joining four existing vessel of the class.

“The new high-speed craft will serve as a vanguard to protect the territorial waters of the Republic of Korea, carrying out coastal surveillance and defensive missions in the future waters,”

HHIC was selected to build the first of class ship in 2014, followed by three additional follow-on ships in 2016, and four more ships in 2017 and 2018. HHIC won a follow on contract in November 2019 for four more vessels with a delivery set for 2022. That brings the total PKX-B for the ROK Navy to 12.