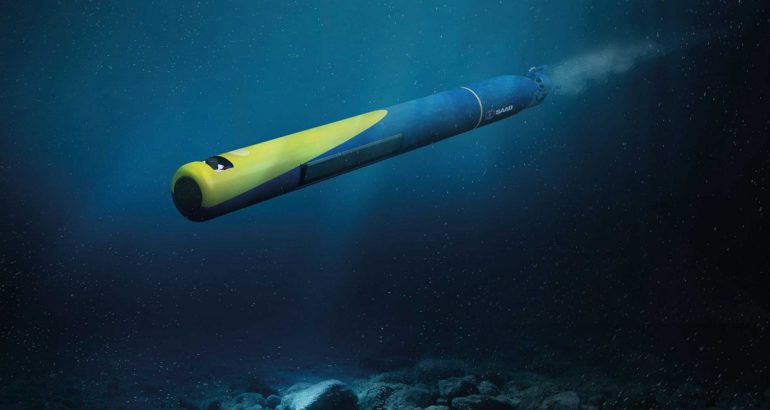 Saab's AUV62-MR is an AUV system for Mine Reconaissance. Used here for illustration (although Naval News thinks it could serve as a base for the future mine prototype). Saab image.

The Swedish Defence Materiel Administration (FMV) signed a contract agreement with Saab Dynamics for the development of a new "self-propelled sea mine" prototype.

According to the FMV announcement, the new naval mine will be based on autonomous underwater vehicle (AUV) technology.

The order includes work for a complete vessel system with an inert operating part (i.e. without explosive loading) as well as conducting a number of demonstrations including launching from intended platforms. Final demonstrations of the project will take place in 2022.

Contacted by Naval News, a Saab spokesperson said “Saab can only confirm what is in the FMV announcement.”

“Smart” UUV (or AUV) based mines seems to be the way forward in the field of naval mine warfare. France’s Naval Group is working on a similar solution with their own D19 UUV.