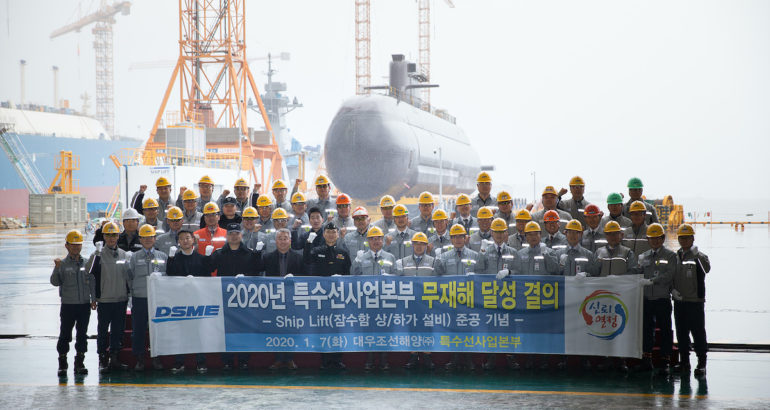 DSME’s KSSI 3,000-ton medium-sized submarine will contribute to bolster the Republic of Korea Navy. The first unit, “Dosan Ahnchangho”, is being prepared for delivery and commissioning while the second submarine in this class is under construction. In addition, preparations for the construction of the Indonesian Navy first ship are in full swing, the company added.

“This facility is designed to sustain the KSS-III submarine building program and will be the foundation for a stable construction of the 3,000 ton submarine over the next 10 years has been laid. We will build a flawless submarine with differentiated technology and management,”