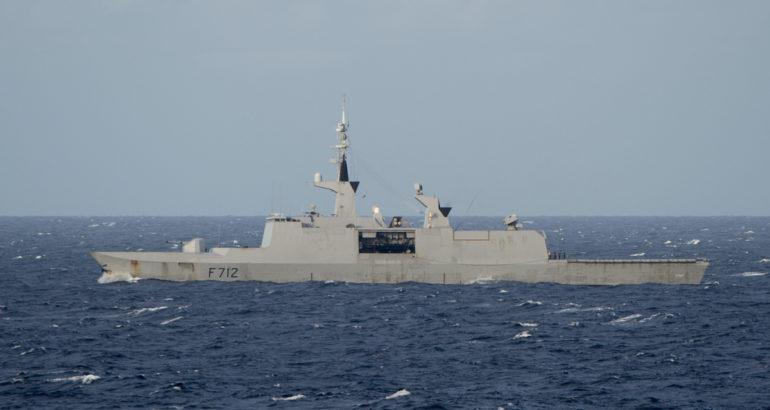 European-led coalition in the Strait of Hormuz begins operations

The European-led mission in the Strait of Hormuz (EMASOH) is now operational, the French Ministry of Armed Forces stated yesterday. The EMASOH headquarters, composed of Belgian, Danish, Dutch and French officers, is based at the French naval base in Abu Dhabi.

The Lafayette-class frigate Courbet is the first vessel involved in the operation. The ship will soon be joined by the Royal Netherlands Navy (RNLN) frigate De Ruyter , which left Den Helder naval base on January 28 for the Strait of Hormuz. The RNLN will join the EMASOH starting mid-February.

Europe has a role to play, today, through this operation, it is assuming it. Our only compass will be to ease tensions in a region that needs it, while preserving European interests. I salute the commitment of all the sailors and soldiers, French and foreign, involved in this mission

EMASOH’s goals include an independent situational assessment, the monitoring of maritime activity, and to guarantee freedom of navigation in the Arabian Persian Gulf and the Strait of Hormuz.

European vessels will safeguard the European countries interests in the Strait of Hormuz by enhancing maritime security, and thus contribute to regional de-escalation. The stakes are high since a third of the European needs in petroleum products transits through this strait, which separates Oman and Iran from 40 km.

The Danish contribution to the Strait of Hormuz will consist of a staff officer contribution for 12 months from the beginning of 2020 as well as – pending parliamentary approval – a naval contribution incl. a frigate, an helicopter and up to 155 personnel for 4 months from September 2020.

There is another, similar coalition lead by the United States: the International Maritime Security Construct (IMSC). The IMSC was established to deter malign activity, promote maritime security and stability, and ensure freedom of navigation and free flow of commerce in international waters throughout the Arabian Gulf, Strait of Hormuz, the Bab el-Mandeb Strait and the Gulf of Oman. Participants are the United States, Albania, Australia, Bahrain, Kingdom of Saudi Arabia, United Arab Emirates, United Kingdom.