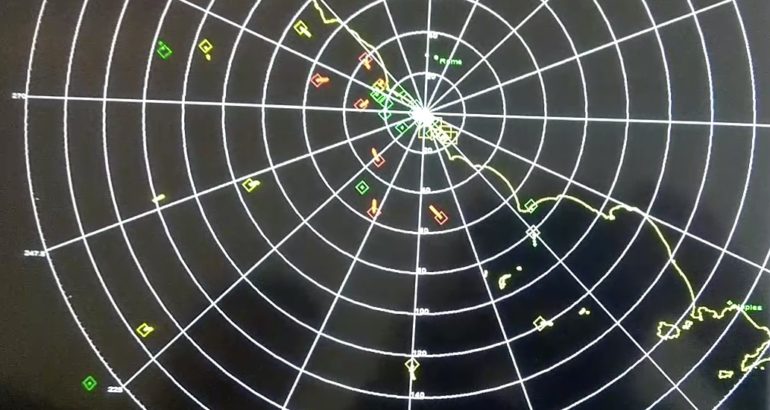 The PPA Programme achieved an important technical milestone in late December 2019: the integration of the first two X-Band fixed sensor arrays of the new Dual Band Radar (DBR) X/C at the test bed in Pratica di Mare airfield, near Rome.

Following the successful completion of a single face Factory Qualification Trials (FQT), two X-Band faces were integrated and, for the first time, targets were detected and tracked over a 180 degrees sector.

According to OCCAR, within 2020, the two X-Band faces FQTs have to be completed and the system trials onboard Thaon di Revel (PPA1), with four faces installed, will be performed. The DBR bears witness of the excellent synergistic teamwork of the contractor Leonardo Company, under Italian Navy requirements, through OCCAR as Contracting Authority. It is a 3D high performance multifunctional surveillance sensor with missile-guidance capability (DBR-C version), that will position PPA vessels and the Italian Navy at the forefront of the European defense panorama.

The first of class ship started sea trials on November 12, 2019.

The armament of the ship should include the SAAM-ESD anti-aircraft missile system with 16 vertical launchers for Aster 15 and Aster 30 SAM, eight Teseo / Otomat Mk 2A Evolutio anti-ship missiles, a 127-mm / 64 Leonardo LW main gun and a 76mm secondary gun with Strales / Davide guided ammunition, two 25-mm remote weapon systems, two 533-mm torpedo launchers. The hangar will be able to accommodate two NH90 or a single AW101 helicopter. At the stern of the ship there is a ramp to quickly launch and recover a 11-meter RHIB, as well as two so-called modular zones with the possibility of placing there a total of 13 standard containers for reconfigurable payload. The crew complement of the PPA “full” configuration should be 173 people.