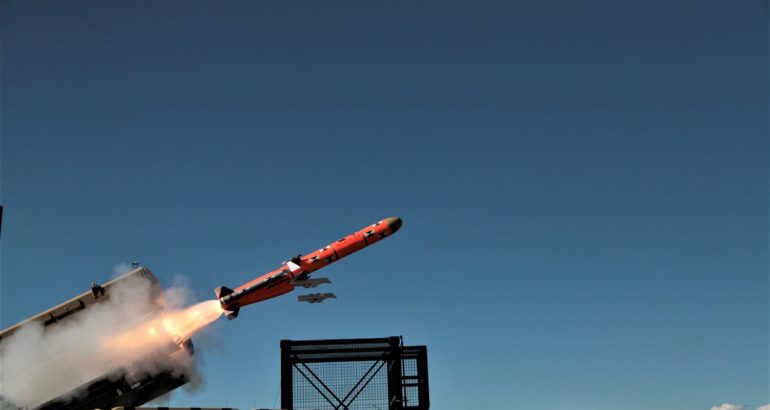 This firing confirmed the overall design and performance of the medium-range, lightweight missile marking a critical milestone in its development path.

Compared to the first firing, which took place at the end of 2018, several additional features and functionalities were tested. These included an integrated navigation system, proximity fly-over fuze, with weapon controller and actuation system in advanced configuration. The missile also featured the terminal guidance with a new seeker, engineered and developed by the MBDA Seeker Division.

The floating target was hit with “almost zero” miss distance after a flight of about 100 km. The missile pushed its envelope to the limit with several major manoeuvres including very low sea skimming at very high speed.

Hitting the target confirmed the perfect behavior of the missile and the telemetry system recorded a huge amount of data. Flight data showed very good alignment with simulation outcomes.

The Marte ER programme is progressing at full speed in order to meet customers’ requirements and the full integration of  Marte ER on the Eurofighter Typhoon platform is proceeding at pace in order to implement an anti-ship capability onto the fighter.

MARTE ER represents the 3rd generation within the MARTE family of missile systems and is derived from MARTE MK2/S which is already in service with the Italian Navy on its NFH90 and AW101 helicopters. The main difference between the two lies in the introduction of a turbo engine in place of the rocket motor.

MARTE ER missile is going to be integrated on Eurofighter TYPHOON and other fast jets.

MARTE ER’s design takes into account that MARTE MK2/S is already qualified and installed on these two platforms. This offers the following advantages: