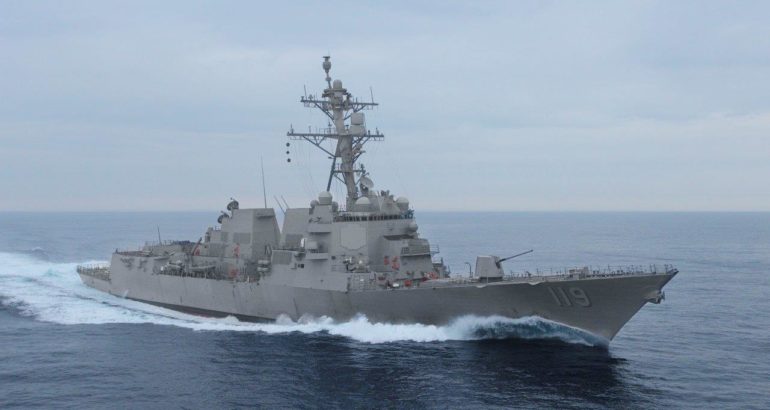 The ship was previously underway for Alpha trials in Dec., and will be underway again in Mar. for Acceptance trials, which will be conducted by the U.S. Navy’s Board of Inspection and Survey.

“The Navy and our dedicated shipbuilders have continued to make strides towards delivering this exceptional capability to the fleet, and performed well during builder’s trials. This ship continues the proud Aegis shipbuilding legacy and will provide the Navy with a 21st century fighting edge.”

DDG 119 will be built in the Flight IIA configuration with the Aegis Baseline 9 Combat System which includes Integrated Air and Missile Defense capability. This system delivers quick reaction time, high firepower, and increased electronic countermeasures capability for Anti-Air Warfare. It is the first IIA to integrate an X-band search radar (the SPQ9B) with the S band SPY1 – a big step forward in air defense capability and a milestone on the way to FLTIII:

The Delbert D. Black will be 509.5 feet long and 59 feet wide, with a displacement of 9,496 tons. She will be homeported in Mayport, Florida.