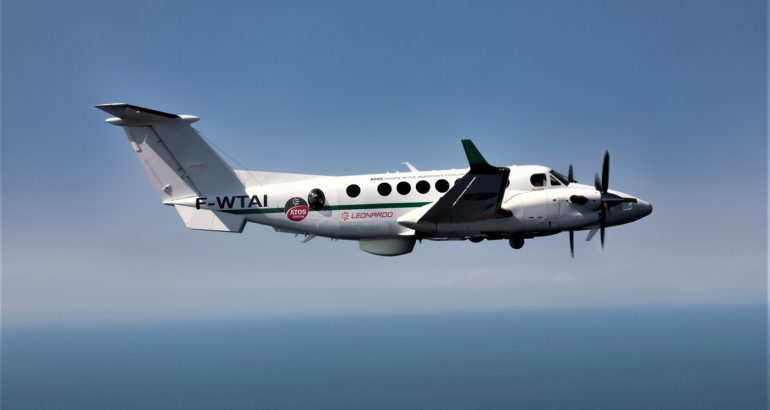 This ‘surveillance-ready’ model allows customers to procure a complete capability from Leonardo directly, choosing from a range of in-house or third party platforms and sensors and receiving a mission-ready surveillance capability. Leonardo image.

Two Beechcraft King Air 350ERs, which Leonardo delivered with built-in surveillance sensors and ATOS mission system, have flown their first missions with an African Navy. Leonardo was prime contractor for the surveillance capability, drawing on its broad expertise to offer the platform, sensors and mission system as a fully integrated package.

Leonardo has revealed that two King Air 350ERs, equipped as Maritime Patrol Aircraft (MPA), have gone into service with an African Navy following their delivery by the Company, which acted as prime contractor and systems integrator for the aircraft. The MPAs, equipped with Leonardo’s ATOS mission system and full complement of sensors including its Seaspray E-scan surveillance radar, will be used for a range of missions including search and rescue, littoral security and the monitoring of illegal migration, fishing and pollution.

As prime contractor, Leonardo procured and integrated all required elements and delivered a mission-ready aircraft, certified by the European Aviation Safety Agency (EASA) as ready to fly. Leonardo sees this model as a growth area for the Company, with its ability to draw on its broad in-house expertise in sensors, mission systems and platform integration allowing it to offer a tailored, mission-ready aircraft to customers in a cost-effective manner. Leonardo also offers this service for mid-life upgrades, taking an existing aircraft and equipping it with advanced new sensors, all controlled through its ATOS mission system.

The suite of surveillance sensors on-board the two King Air 350ER Maritime Patrol Aircraft includes Leonardo’s market-leading E-scan ‘Seaspray’ maritime radar, which comes with a range of modes including a patented small-target-detection function. An Identification Friend or Foe (IFF) transponder and interrogator, Link 11 datalink and third-party electro-optical turret were also integrated, with Leonardo’s ATOS mission system bringing everything together and fusing the data into a workload-reducing ‘single tactical picture’ for operators.

As well as in Africa, Leonardo is seeing interest from customers in Asia Pacific and the Middle East for its ‘surveillance-ready’ offering. It expects to see more customers procuring a complete, tailored capability, benefitting from the flexibility in terms of platform and sensor fit that Leonardo’s end-to-end expertise and flexible ATOS mission system allows it to offer. 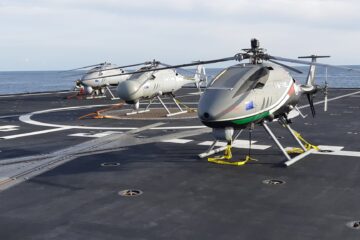 Naval News Staff 23 Aug 2021
The second OCEAN2020 demonstration is due to take place in the Baltic Sea in the end of August. The exercise, which will be coordinated by Saab, will focus upon how naval forces can detect and identify high-speed surface threats and unknown submerged activity.